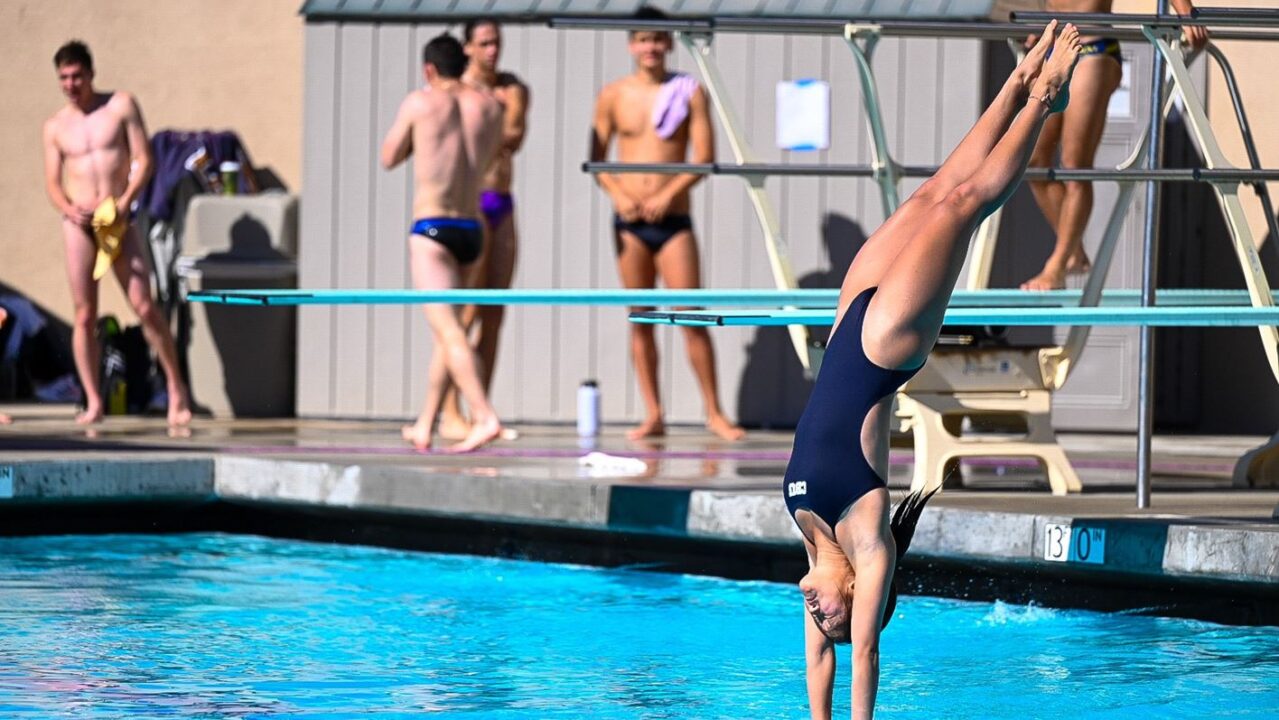 So far this season, the first-year collegiate diver has been victorious in multiple diving events at the Bonnies’ four meets thus far.

RIVERSIDE – The California Baptist University men’s and women’s dive teams got the 2021-22 season rolling today with the Lancer Dive Invite. Seven Lancer divers took part in the one and three meter events on the day as they hosted fellow divers from Grand Canyon, UC San Diego, and Air Force.

The men’s side competed with a total of 11 diver and began with the one-meter springboard where reigning WAC Champion Evan Honer took top-seeding into the finals. Ultimately, he finished in second-place with a score of 309.68. Honer was joined in the finals by Jacob Penman, making his collegiate diving debut, and Tyler Stevens. Penman showed well, scoring 263.40 to secure fourth place as Stevens finished with a score of 260.78 to claim sixth place.

When they transitioned to the three-meter board, Honer again took top billing after prelims, but closed the door in finals, winning the event with a score of 328.35. Penman and Stevens each put in good efforts as Penman finished in fifth with a score of 253.35 and Stevens closed out his day with a seventh place finish at 246.83.

The women’s side had half-a-dozen more competitors as fans were treated to 17 divers in the preliminary rounds. Three of the four Lancer divers competing on the day would make the finals at both heights, with the highlight finish coming on the one-meter springboard event. Kiree Lowe would qualify third for the one-meter finals, but would close it out tied for first with a total score of 237.75, matched by Grand Canyon’s Elizabeth Mcknight.

Freshman Paula de Moya Alvarez, like Penman, made her collegiate debut on Saturday, earning a close third place finish in the one-meter event with a score of 235.65. Madison Lui was the third Lancer to appear in the finals of the event, finishing in seventh place with a score of 209.63.

CBU will host a pair of events next week as it welcomes Seattle U and the University of San Diego women on Thursday, Oct. 21, at 2 p.m., followed two days later by UNLV and Pomona-Pitzer on the 23rd starting a 1:30 p.m. Both events are free to attend at the Lancer Aquatics Center.