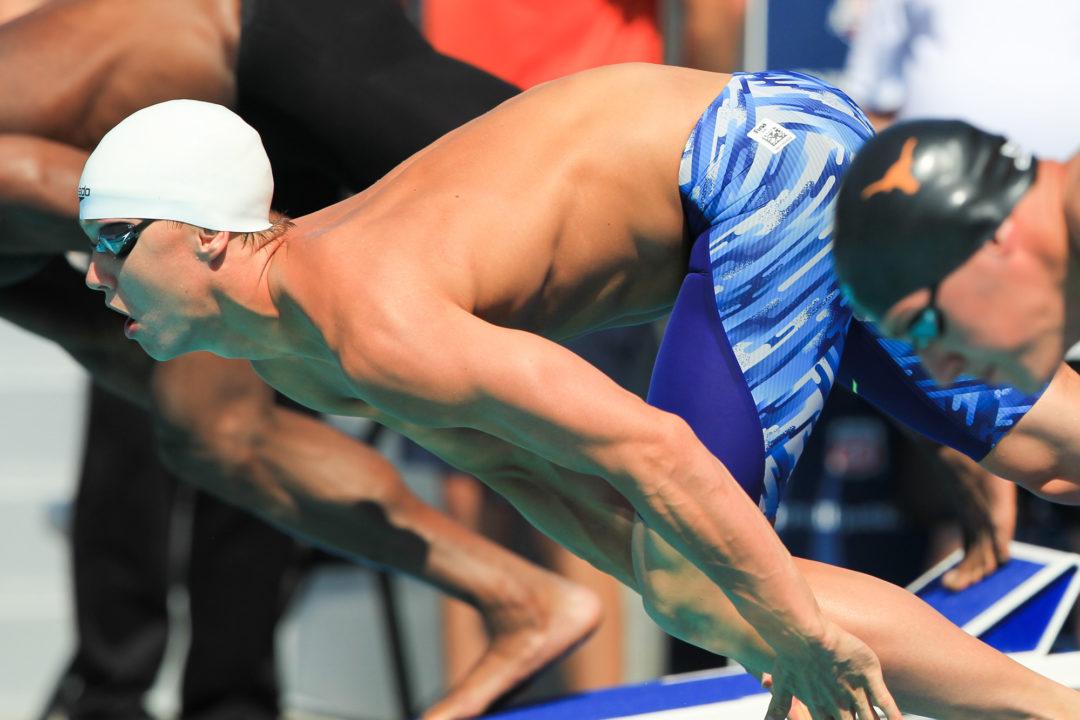 16-year old Mason Manta Rays swimmer Carson Foster has re-broken his own National Age Group Record in the 200 meter IM on Sunday evening. Swimming in the B-Final, he placed 2nd (behind Will Licon), and swam a 1:59.45. That cut a quarter-of-a-second off his prelims swim, making a total improvement of .39 seconds on Andrew Seliskar’s old record on Sunday.

Foster’s biggest improvement in finals came over the first 150 meters. He was a full second faster to that point than he was in the morning swim. He paid for that aggressiveness on the freestyle leg, where he was more than 8 tenths slower in finals than he w as in prelims, but the end result was still a better time.

Gianluca Urlando, who joined Foster in the age group’s all-time top 5 on Sunday morning, was disqualified in the final for a false start.

1
1
0
2
newest oldest most voted
too impressed

Here’s the race video.
https://www.youtube.com/watch?v=qcsGs7SYG1s
Urlando was close to House and Julian’s times. Around 2.00.00/2.00.05.
With a bad start and probably a little bit of fatigue after all his races of the week that was a great race.
We’ll see if he’ll swim again that event at pan pacs.
Foster vs Urlando in the 200 IM. We’ll see that battle very often in the future.