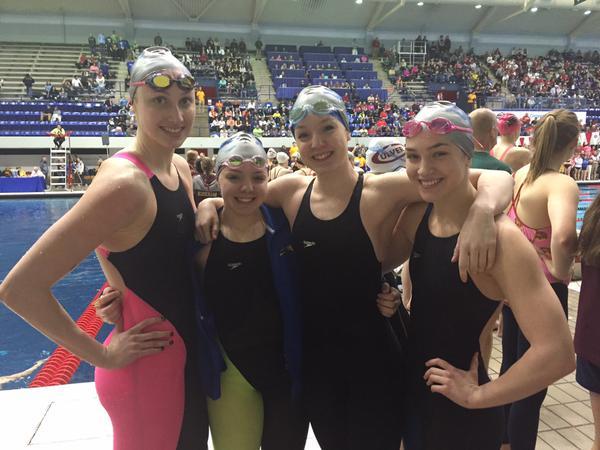 In the second annual edition of the Southern Premier meet, hosted by the Nashville Aquatic Club, the famous Carmel Swim Club will join the party and race against some of the best teams in the Southeastern United States.

In what is becoming a more popular format nationally, this meet brings together full squads from prominent club teams to race in a team-focused club-swimming atmosphere. This meet will have age groups from 10 an open (15 & up) division.

The Carmel Swim Club will bring their team that is just rolling off of the Indiana High School State Championship meet – a team that has been hailed (by us and others) as perhaps the greatest women’s high school team in history.

That means National Age Group Record holder and Indiana State Champion Amy Bilquist will race against Florida 1A runner-up Kasey Schmidt from the Bolles School in the 50 free, for example.

Also from the state of Indiana will be the Newburgh Sea Creatures, including their star breaststroker Lily King. She’ll have some good competition with Kennedy Lohman in 1:00.51 and the Nashville Aquatic Club’s Alex Walsh – who is only 13 but holds the 3rd seed in the open race with a 1:01.95.

The meet will run from March 6th through 8th at the Nashville Aquatic Club’s Centennial SportsPlex.

Among the participating teams:

Some of the best US junior girls will be there with Bilquist, Adams, King, Seidt, Burchill or Lohman.
And about the Walsh sisters, I remember watching them at Tom Dolan Invitational 2013 and they were very impressive. Both were absolutely dominant in their age category.