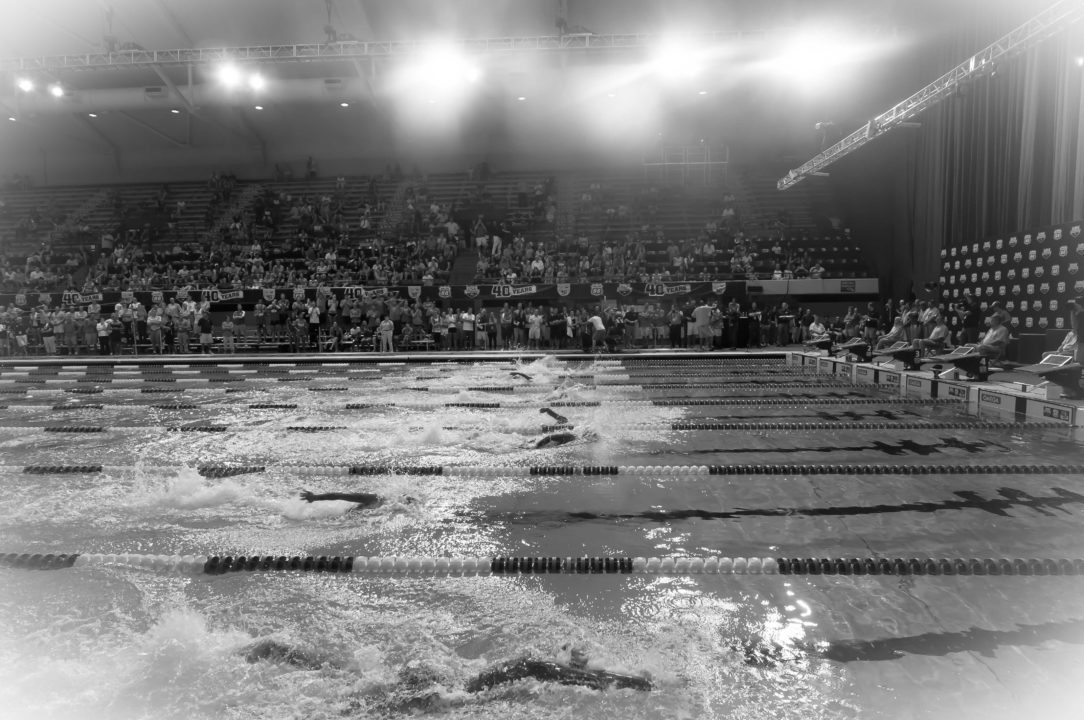 Carmel seniors Claire Adams and Veronica Burchill each broke a state record to lead the Greyhounds to the historical victory. Adams lowered her own state record in the 100 backstroke to 51.65 during prelims and Burchill lowered her 100 butterfly record to 51.79, just missing the national mark of 51.70.

Adams, a US National teamer, also became the first swimmer to win all sixteen events throughout her high school career in the state of Indiana. In addition to the 100 backstroke, she also won the 100 freestyle and was a member of the winning 200 medley and 400 freestyle relays this year. The previous record was set by another Carmel standout, Emily Ayers. Ayer’s won fourteen state titles between 1992 and 1995. Another notable name on that list is US olympian Lindsey Benko (now Lindsey Mintenko). Lindsey won 11 events during her high school career.

One other record fell over the course of the weekend. Carmel’s head coach Chris Plumb now stands alone as the winningest coach in Indiana high school state history, winning his tenth state championship this weekend. He was tied with Tony Young after last year’s win with nine victories.

Most State Championships by a Coach
No) Name, School

An incredible accomplishment, congrats to the team and coach!

Vote Up10Vote Down Reply
Culture is Key to Championships

Congratulations to Carmel Swimming!!!
Amazing girls who are wonderful examples of great character in and
out of the water! Coaches and the
Culture they have created for our young
athletes is the pinnacle ! Thank you for
setting an amazing example for all!!!