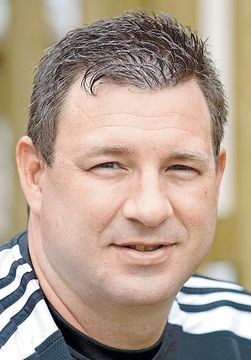 The Hamilton Aquatic Club has hired Darren Ward as its new head coach. They're one of 4 major clubs in Ontario to have been on the market in the last month.

The wheels on the Canadian coaching carousel are turning hard. The latest move is Darren Ward, who has been hired as the new head coach of the Hamilton Aquatic Club.

Ward previously was the head coach of the Markham Aquatic Club, which last week announced the high-profile hiring of Sean Baker as their new head coach. Baker is a former head coach at the Hamilton Aquatic Club, prior to his most recent stop at the Oakville Aquatic Club.

Among other major clubs in the Toronto area, the Newmarket Stingrays hired Dave Ling last week, while Etobicoke is in search of a new head coach after their head coach Kevin Thorburn died.

“I am thrilled and honoured to have the opportunity to be the New Head Coach of the Hamilton Aquatic Club,” Ward said. “HAC has a rich history in Canadian swimming and I am eager to be able to lead the club in a new and exciting direction that will once again move HAC back to prominence. With the support of the Board of Directors, the Coaching Staff and most importantly the swimmers and parents, we will achieve great things.”

The Hamilton Aquatic Club is the 2nd-oldest active club in Canada, having been founded in 1932. It’s located about an hour south of the Markham Aquatic Club, Ward’s former program, in Ontario.

Editor’s note: Island Swimming in Victoria, BC is the oldest, founded in 1913.

Malar still holds 43 club records across all age groups. Also from that era of the Hamilton Aquatic Club is Pan Pacs and Pan Ams bronze medalist in open water Tanya Hunks. The club has produced international-caliber swimmers throughout its history, including names like Sheila Dezeeuw and Frank Despond.

“Hamilton Aquatic Club is very excited and honoured to be able to announce Darren Ward as our new head coach! Darren has demonstrated podium success both in and out of the pool and has been instrumental in developing and rebuilding successful group training structures for over 20 years,” said Elsa Lindfield, the club’s president. “It is this type of innovative and motivated leader that HAC has been looking for. We look forward to what the 2020-2021 season will bring.”

Island Swimming is in Victoria, BC located on Vancouver Island

Edit: Sean Baker was the Head Coach at Oakville.
I don’t say it enough; keep up the great work at SwimSwam, I appreciate the work you are doing!

Sorry if it wasn’t clear: didn’t mean to imply that Baker’s last job was Hamilton, it was just a previous stop on his resume.

Also don’t forget other stars coming out of the Hamilton Aquatic Club program – Dennis Corcoran named to the 1980 Olympic Team and Grey Fairley, a member of the 1990 Commonwealth Games Team. Both were coached by Gaye Stratten.