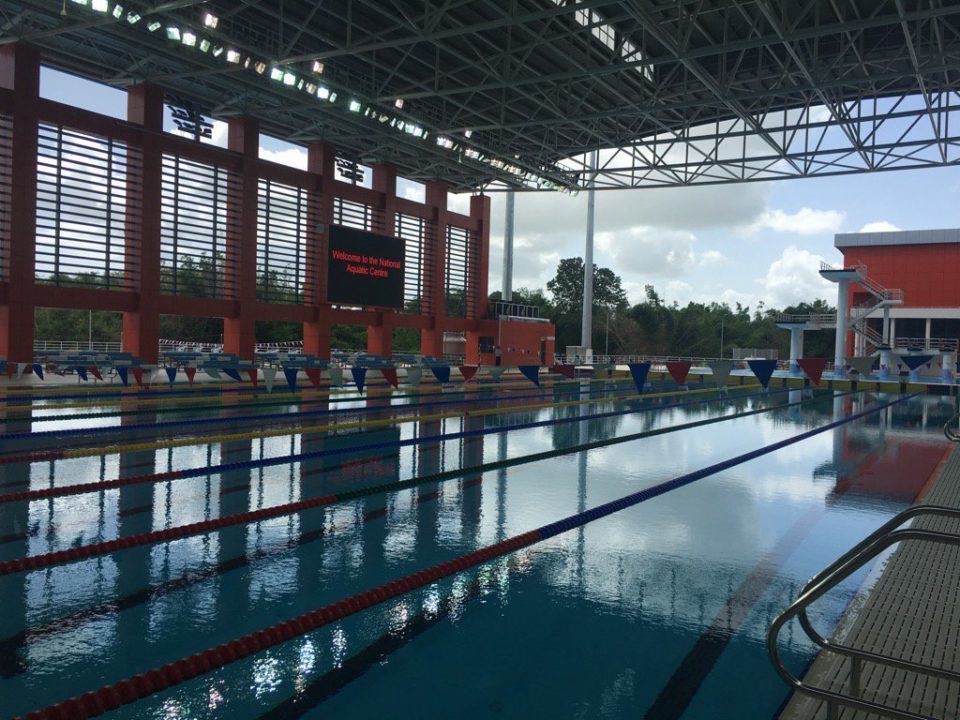 Trinidad & Tobago’s cutting edge National Aquatic Center opened in September of 2016 and already is playing host to a high-profile foreign training team. The Club Aquatique Montreal (CAMO) has selected the Cuova-based facility to conduct its Winter training, having arrived on December 29th and staying through January 10th. Among the 11 athletes and 2 coaches are Claude St. Jean, Head Coach of CAMO, along with Rio 4x200m freestyle relay bronze medalist, Katerine Savard.

In its effort to establish the National Aquatic Center as a premier training destination for clubs and federations around the world, the Sports Company of TT (SporTT) reached out to Canadian company Magik Tours to conduct a site visit last month. According to Magik Tours representative Eli Daniels, “We’ve been around the world to marvelous facilities and what you have here is on par with everything we’ve seen. The coaches we work with ask us to scout various destinations and we heard about Trinidad. The facility is well laid out and very athlete-oriented so it’s ideal for training and for competition.”

Darryl Smith, Minister of Sport and Youth Affairs for Trinidad & Tobago reiterates that CAMO’s visit is just a start of what is hoped to be an increase in sports tourism, culminating in revenue generation for the multi-million dollar aquatic facility. Back in June of 2016, Smith acknowledged the business side of the facility, indicating that, “We have to get revenue so we can maintain and have proper functions happening here. At the end of the day we want to make sure that we maintain this high-maintenance facility because there is really nothing like this in the Caribbean. We want to ensure we have the right people to manage it.”

The facility in Trinidad consists of a 50m outdoor warm-up pool, diving well, a fitness room with sauna, Turkish bath, as well as a cold water pool. The site has the ability to permanently seat 700 spectators and is outfitted with scoring and timing, as well as above ground and underwater audio and video systems.

As a side note, Bovell was a member of CAMO in his youth, having represented the club at the 1999 U.S. Open.