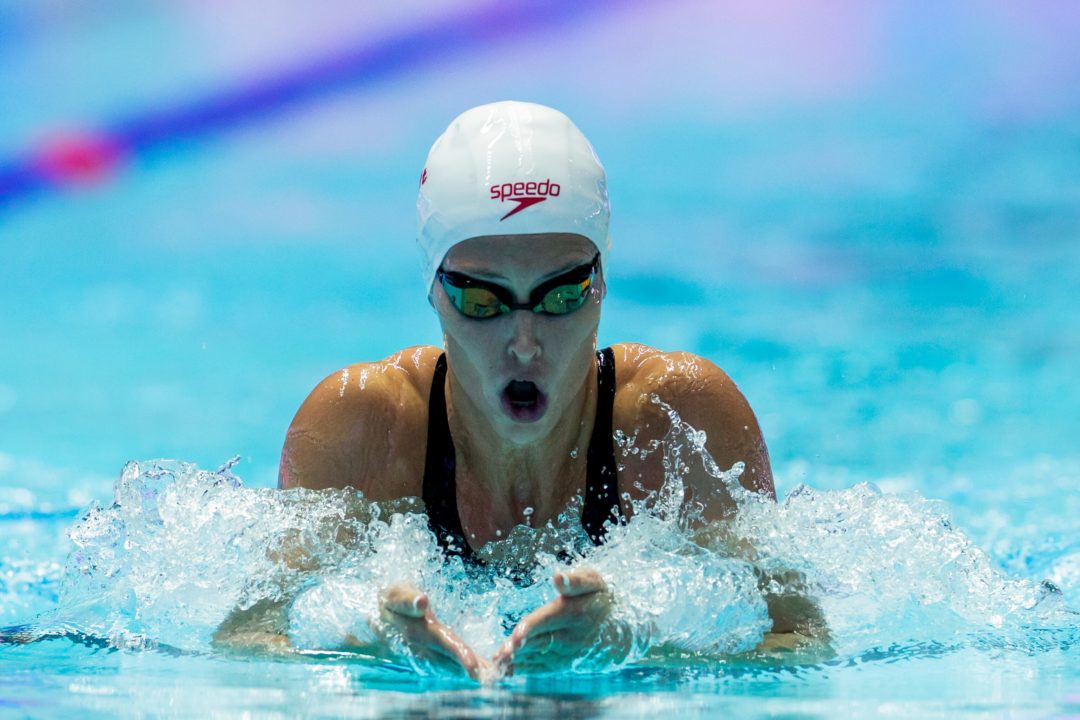 Sydney Pickrem, the 8th seed in the women's 200 breaststroke, will pull out of that event to focus on the final of the 200 individual medley. Archive photo via Joseph Kleindl

The Canadian women still have not declared who the breaststroker will be on their upcoming 400 medley relay.

Pickrem was entered in three events in Tokyo: she was seeded sixth in the 400 IM, second in the 200 IM, and eighth in the 200 breast. On Saturday, the first day of competition in the pool, Pickrem pulled out of the 400 IM “due to medical reasons not related to COVID-19.”

Pickrem was pre-selected to Canada’s roster in the 200 IM, 400 IM, and 200 breaststroke, without even needing to perform at Trials, and has now scratched two of those races.

Pickrem did swim in prelims of the 200 IM two days later, on Monday evening in Tokyo. Coming into the meet with a seed time of 2:08.61, she was one of only four athletes entered with a sub-2:09.

Pickrem’s entry time of 2:08.61 dated from the FINA Champions Series Indianapolis in 2019. In Monday night’s prelims, she went 2:10.13 to qualify sixth for the semifinals. On Tuesday morning, she again finished sixth, this time with 2:09.94, to earn a spot in Wednesday morning’s final.

Heats of the women’s 200 breast are scheduled to take place on Wednesday evening, after finals of the 200 IM. Kelsey Wog, seeded tenth, will be Canada’s lone entrant now. Kierra Smith, who is already on the Canadian roster for the 100 breaststroke, does have an “Olympic A” cut in the 200 breaststroke, but Canada would have had to make that switch at the technical meeting late last week.

Weak, old news, and no need.

lol you said the same thing to me when I made the same joke https://swimswam.com/sydney-pickrem-skips-400-im-prelim-due-to-non-covid-medical-reasons/#comment-950068

Sure. And I’ll say it again. A mishap from 4yrs ago has no impact on today. I don’t know why she would scratch the 2 breast since it’s after the 2IM, unless she is struggling health wise and/or Canada may want her to step into the medley relay. Other swimmers have done the same dropping events (Hossa, McKean, British 100 freestylers, etc) in order to narrow focus on key events.

Your comment again is an unnecessary dig at a world class hard working swimmer who had one unfortunate issue at a meet 4yrs so.

Swimming hurt? Pulled groin or back strain? As the article points out, it doesn’t make sense to scratch the 200m breastroke to focus on the 200m IM since the breaststroke doesn’t start until after the IM is over.

Maybe? Secret Pickrem prep for the 100m breastroke? I doubt it …. Would Canada press release the scratch of the 400 IM due to non-Covid medical reasons if that wasn’t the case?

Might be hard to keep Wog off the relay after she drops 2.42 seconds off her 200m breastroke PB and goes 2:20.00 in Tokyo.(insert appropriate emoji here).

Maybe Canada should have taken someone who swam at Trials.

Kelsey Wog won the trials with an A cut, Kierra Smith finished 2nd but failed to make the A cut. It wasn’t a controversy at the time to keep the 2nd spot with Pickrem. Many of us are curious as to if Pickrem is sick or injured

Hmmm. Bummer for Canada.
Meanwhile, here’s what a real injured Olympian does. 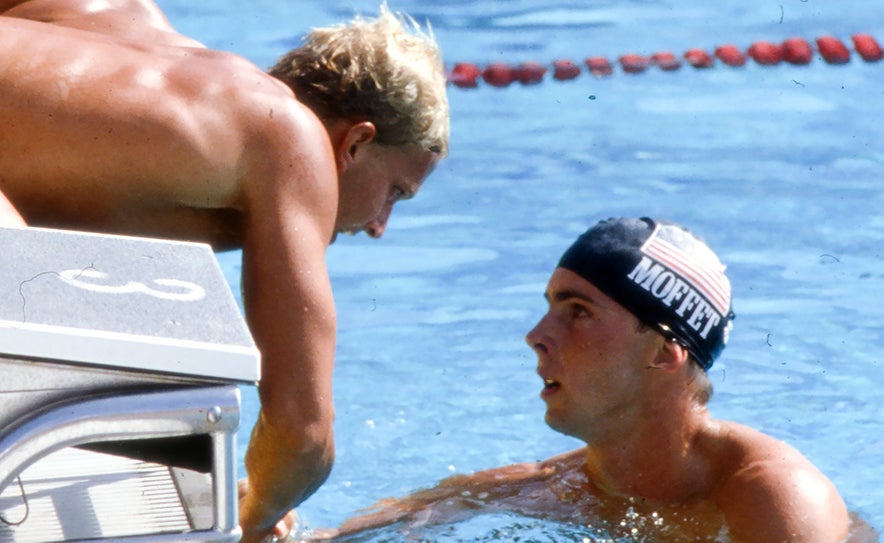 So what is up?

400IM was mental health related and 200 Breast is to have her fresh on the Relay. Canada wants a relay gold.

Pickrem is swimming the 4×200 relay prelims. Canada going with Savard-Smith-Harvevy-Pickrem in prelims. Resting Oleksian and McIntosh. Sanchez could also come in here – she has the 100m free today.