Campbell One of Several Strong Performances at Australian Grand Prix 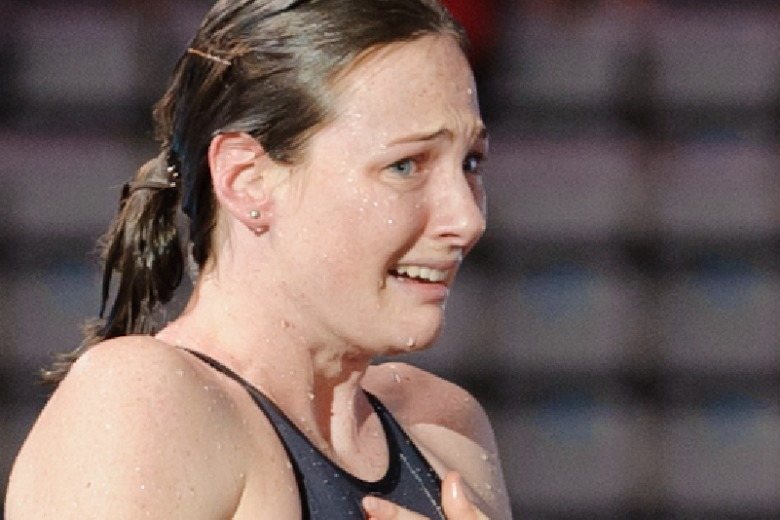 Cate Campbell stole the spotlight at the Australian Grand Prix on Saturday evening breaking the world record in the women's 100 freestyle... Current photo via Victor Puig

In a thrilling and unexpected performance Australian Cate Campbell set a new world record in the women’s 100 freestyle posting a time of 52.06 at the Australian Grand Prix in Brisbane, “And that is what happens when I least expect it,” said Campbell. I’m absolutely thrilled and I still can’t believe that it’s happened. I kind of had to double check that it wasn’t 52.86. And then I was like, no, no, no, that’s definitely a zero and not an eight.”

“People have been asking me when I was going to break a world record for the past three years and honestly it wasn’t really on my mind but every time I got in the pool I was like ‘will they stop asking me this question now and now they will.’

Campbell broke the world record of 52.07 set by German Britta Steffen in 2009 by one one-hundredth of a second. Before today Campbell’s lifetime best was a 52.33, which was the third fastest performance of all time. She also had seven of the top 10 swims of all time with Steffen owning the other three.

Campbell took the race out in a time of 24.86, 54 one-hundredths of a second faster than world record pace and hung on in the last 50 meters to snag the record.

“It sounds weird but I actually didn’t. It was a really controlled smart swim. It’s what I’ve been working towards doing for the past year or so.

“You have to forcibly make yourself relax and that’s one of the hardest things and I think that’s what I did tonight and I’ve learnt a lot, something that I’ll obviously take through to Rio.

“I was thinking maybe a 52.5 might be really nice to get out. This morning stung a little bit so I wasn’t thinking that much quicker tonight, but I think this morning I just blew out a few more cobwebs than I thought I had.”

In 2012 Campbell’s dreams of Olympic success were compromised by a gastro bug, which forced her to pull out of the 100 freestyle. Since that point she has gained a very balanced perspective one that is exemplified from a quote in her favourite movie Cool Runnings, “There is a really great quote in there form the coach and it says: ‘a gold medal is a wonderful thing. But if you’re not enough without it, you will never be enough with it’ and I think that’s something I really need to take to heart.”

Although Campbell stole the spotlight her’s was not the only impressive performance on Saturday evening in Brisbane. In fact she was not the only woman to break a world record. 16 year old Minna Atherton posted a time of 59.34 finishing second in the women’s 100 backstroke and breaking her own junior world record of 59.39, which she set last December.

Both Atherton and teammate Emily Seebohm finished under the Grand Prix record of 59.39. Seebohm won the event in a time of 59.20.

Taylor McKeown dominated the field in the women’s 200 breaststroke posting a time of 2:22.62 winning the event by over eight seconds. McKeown broke the Grand Prix record of 2:22.96 set by Leisel Jones in 2004.

In somewhat of a surprise Emma McKeon won the women’s 200 butterfly in a time of 2:07.83 beating the competition record of 2:08.43 set by her teammate Madeline Groves last year.