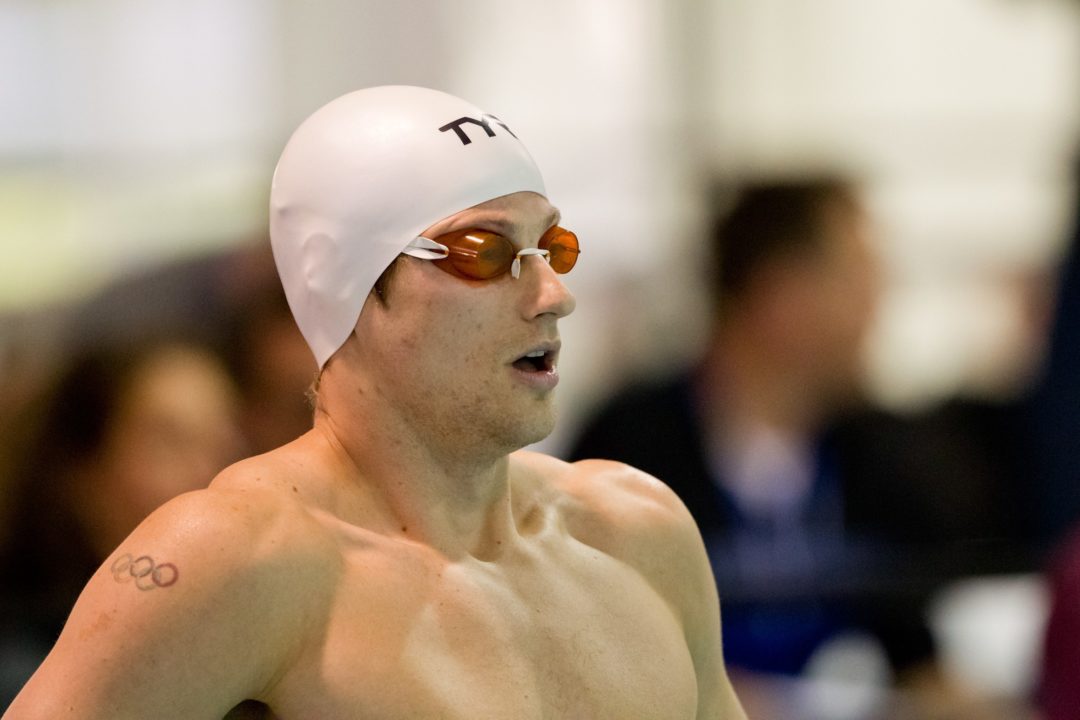 The Americans will be represented by backstroker Adam Mania at the Fast Lane meet in Rio. (Photo Courtesy: ©Tim Binning/TheSwimPictures.com)

The CBDA, Brazil’s governing body, has released the heat sheets for the upcoming “Fast Lane” made-for-TV event in Rio, and the expected French dominance has taken a bit of a blow – the fastest backstroker in the competition, Camille Lacourt, has dropped out.

Note – all of the races will be swum “bracket-style” where the American and Brazilian swimmers will match up in the first round, and then the Aussies and the French, with the winners going head-to-head in the final for a point. The relay will be the same, but worth three points.

The French squad, until this news, looked almost unbeatable; they were the only country that brought their true A-lineup, including Lacourt, Fred Bousquet, Giacomo Dortogna, and Florent Manaudou.

Now, Lacourt will be replaced by youngster Dorian Gandin – who is not exactly a slouch in a 50 meter backstroke, either. Gandin, who trains with Lacourt at Marseilles, was a member of the French European Championship team, where he was part of a three-way tie for 3rd in the 50 backstroke.

The French are still the favorites in the medley relay, and to win the overall prize of $25,000. The meet will be held on September 23rd, which is this coming Sunday.

For more info and previews about the Fast Lane meet, see the tag page here.