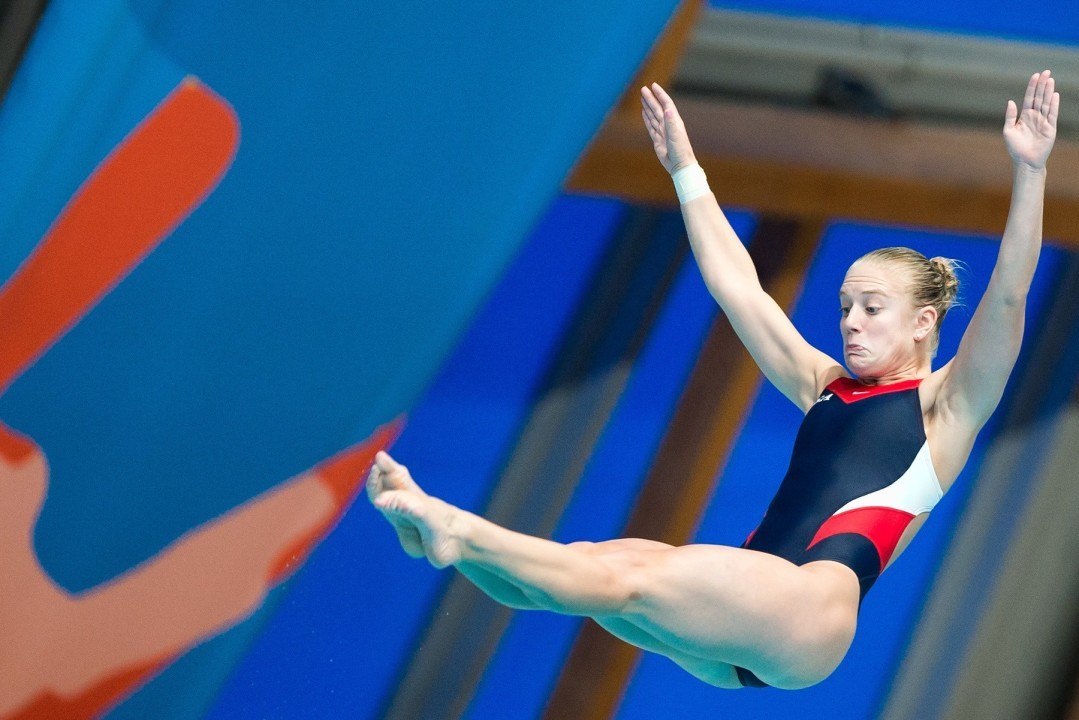 During the recent dual against in-state foe Columbia, Alaimo led the Black Knights with a pair of second-place finishes in both the 1- and 3-meter dives.

Perhaps most notable on the women’s side was Samantha Pickens, who was brought to this meet as only a reserve diver. But when Kassidy Cook was force to withdraw from the 3-meter event due to injury, Team USA called on Pickens to book an Olympic berth. She did just that, finishing sixth.

Her teammate Sarah Bacon was the top new Olympic qualifier, taking third behind China’s Yani Chang and Yiwen Chen out of prelims. In the semis, Chen topped all divers by a whopping 41 points, but Bacon moved up to second place. Canada’s Jennifer Abel was third.

The final will take place tomorrow, but the Olympic qualifiers are already locked in:

In the men’s preliminaries, Great Britain’s Tom Daley led the way, winning by about 25 points. Daley has already qualified a quota spot to Tokyo for his nation, but the competition for the top 18 spots – which transfer into the semifinals – was fierce, with the top 18 earning Olympic quota spots outright, and a few more nations beyond 18 earning bids based on unfilled quota spots.

The final will take place tomorrow alongside the women’s 3-meter final, but the Olympic berths for each nation are now locked in:

It would be a bummer if the reserve diver who was called up and earned a spot for the USA doesn’t get to compete in the Olympics.