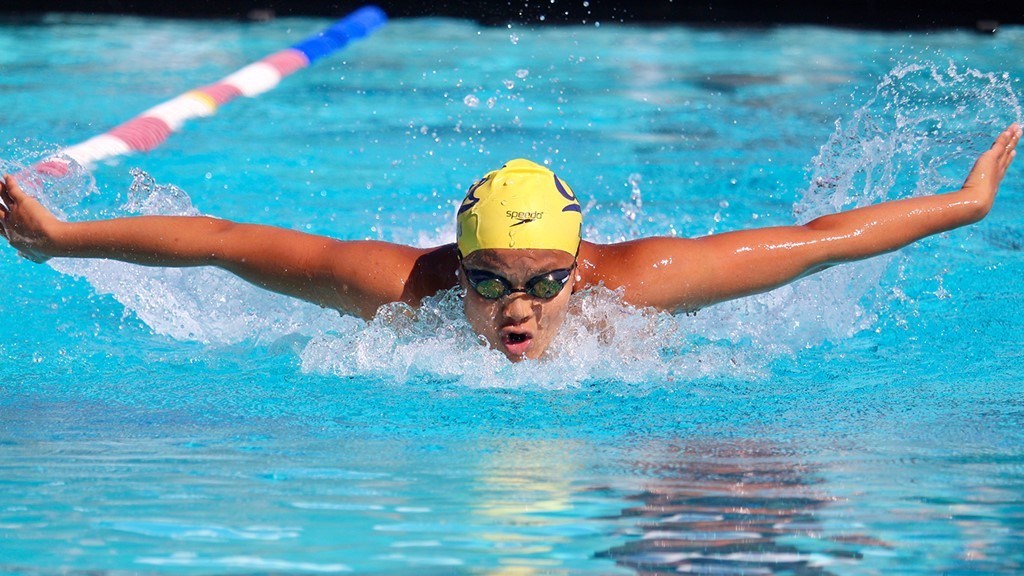 No. 2 California finished off the two-day Chick-Fil-A Invitational with another strong set of events Saturday, as the Golden Bears claimed five of seven races and won the five-team event. Current photo via California Athletics

No. 2 California finished off the two-day Chick-Fil-A Invitational with another strong set of events Saturday, as the Golden Bears claimed five of seven races and won the five-team event.

“We had another good day of tough racing and I felt like we did a nice job of bouncing back from yesterday,” head coach Teri McKeever said. “It was fun to be here and watch some people swim in some off events. Overall, it was a really good weekend and I’m proud of the way we showed up. We’re going to need to refocus and get ready for our meet at Utah on Monday.”

As the Bears did on Friday, many swimmers competed outside their normal events. Junior Kathleen Baker, the reigning NCAA champion in both backstroke events, won the 200-yard breaststroke in 2:16.58, edging out teammates Sarah Darcel (2:18.33) and Ali Harrison (2:20.90), to complement her victory in the 100 breast Friday.

“Personally, it was an enjoyable couple of days to be back where I first coached,” added McKeever, who served as head coach at Fresno State from 1987 until she moved to Cal in 1992 and will be inducted into the Fresno Athletic Hall of Fame next month.

After returning home Saturday night, the Bears hit the road again Monday for their first dual meet of the season at Utah.