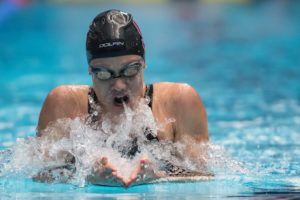 Ella Eastin will contest the 400 IM on day 3 of the Pac-12 Championships after sitting out of the 200 yesterday. 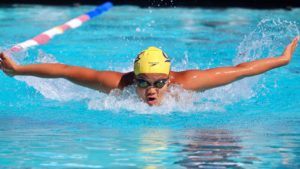 No. 2 California finished off the two-day Chick-Fil-A Invitational with another strong set of events Saturday, as the Golden Bears claimed five of seven races and won the five-team event. 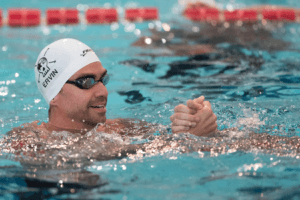 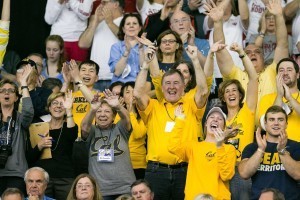 The Cal women will be bringing in some breaststroke talent next season, as Junior Nats finalist Ali Harrison has given her verbal commitment to join the Bears next fall. 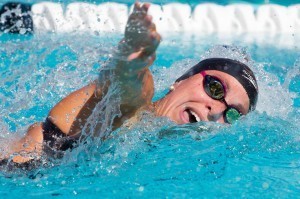 Kaylin Bing was one of Cal’s top scorers, winning the 50 free and the 200 free relay.

Maija Roses
Maija Roses is a breaststroke specialist from Durham, N.C. After competing for elite club, SwimMAC Carolina in North Carolina, Roses joined the University of California, Berkeley squad in 2014. Roses is a freshman at Cal where she’s still undeclared on her major. Born Jan. 31, 1996 in Durham, N.C. both her parents are professors in the neurology department at the Duke University School of Medicine. Swimming runs in her family – her father swam at the University of Pitt and her sister swam at Mt. Holyoke College. Roses has teamed up with teammate, Eva Greene, to collaborate on their blog – “On the Blocks with Maija and Eva.” They cover Cal women’s swimming, team and other swimming topics, which is featured on Cal’s Athletic website. Roses received SwimMAC Carolina’s  Perseverance Award after suffering from a severe hip injury that made her rethink ever getting back into the water. Not only did she get back into the water, but not long after the injury she won the 2013 National Junior Championship title in the 200m breaststroke and finished third in the 100m breaststroke. With a 4.1 high school GPA and parents that work in academia, Roses strongly considered the importance of academics in her college decision.

National Competition
Roses is a former member of the U.S. National Junior Team in the 100m and 200m breaststroke – she earned a spot on the team when she won the 200m breaststroke and finished third in the 100 at the 2013 National Junior Championships. She represented the team at the 2013 FINA World Junior Championships, and she brought home a bronze medal as a member of the 400m medley relay team.