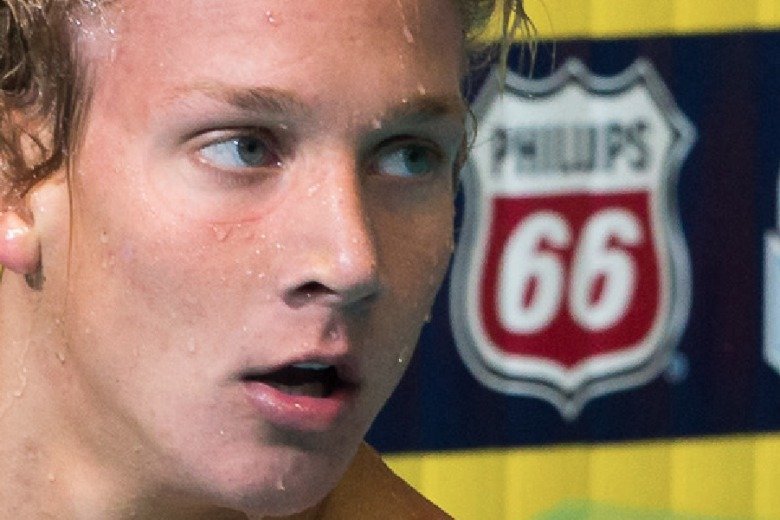 Today, August 16th, is the 17th birthday of Bolles swimmer Caeleb Dressel, meaning that when he travels to the 2013 FINA World Junior Championships in a couple of weeks, he will be gunning for a whole new set of National Age Group Records.

Dressel currently has 5 National Age Group Records. See the chart below to find out how far away he is from breaking the 17-18 records.

As you can see, he’s already within reach of those times. Sprinters improvements are always fickle, but aside from maybe the 200 meter free, they’re all probably reachable before his 18th birthday, let alone before his 19th birthday. One of those records belongs to his Bolles teammate Santo Condorelli. Condorelli did his record during finals of the race at Junior Nationals where Dressel did his.

I would slip in the potential of 100 fly…. Fly times have generally develop with age….

As awesome as his accomplishments are and as excitingly close to other age group records, we should take the time to say Happy Birthday. Happy Birthday!

Vote Up00Vote Down Reply
HIS COMPETITION

I can say I had the privilege to race him… When we were 14… In the 100 breaststroke of all races… And I still lost lol. He’s ridiculously fast! Can’t wait to see what records he breaks next 🙂