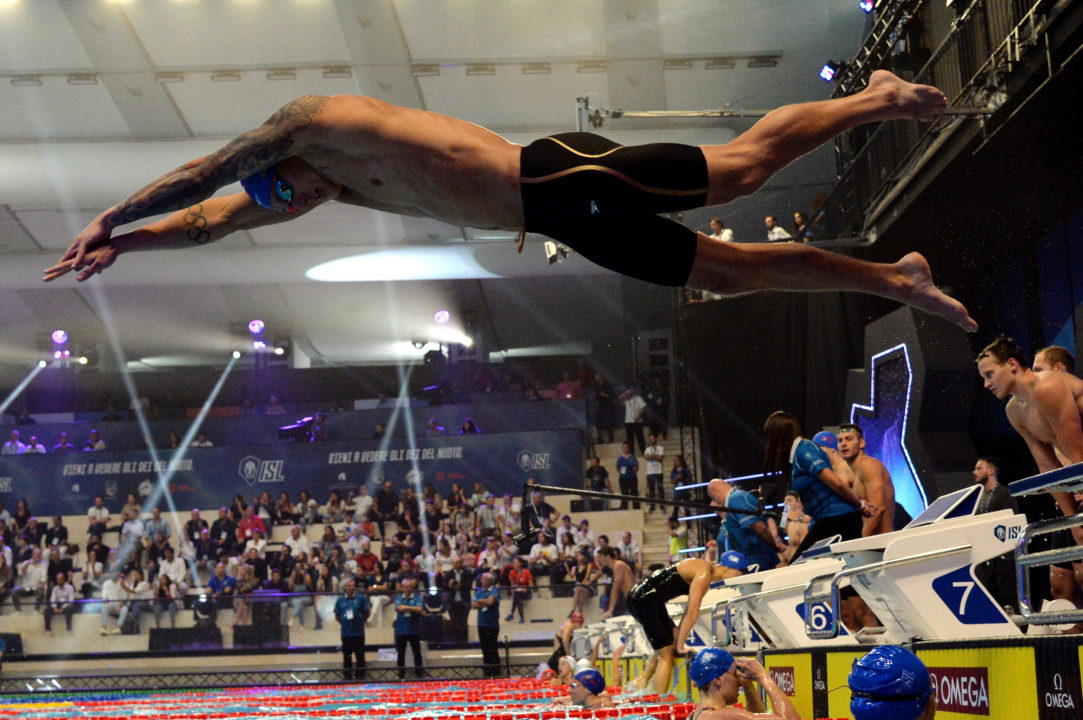 Official start lists have dropped for this weekend's American ISL Derby, and do-everything sprinter Caeleb Dressel is entered in the 200 IM over the 50 fly. Archive photo via Iuri Federici lapresse

Official start lists have dropped for today’s American International Swimming League (ISL) Derby, and do-everything sprinter Caeleb Dressel is entered in the 200 IM over the 50 fly.

The move makes sense from a lineup perspective. Australian Mitch Larkin is absent this week for the Cali Condors – he won the 200 IM at both Group A meets. Adding Dressel covers Larkin’s absence well, and doesn’t leave too huge a hole in the 50 fly, where John Shebat and Jan Switkowski will hold down the Condors lanes. Dressel’s IM addition is also exciting for fans, who have been clamoring for more Dressel IMs since his American record in short course yards at the SEC meet in 2018.

The skins races are generally the deciding factor in the meet, and lineups are pretty much as expected. You can view full start lists here.

A few other notable entries for today’s events:

Nice, really curious to see how he does, ge certainly will have good competition

LETS GOOO!! I am so excited for this. It’s been too long,