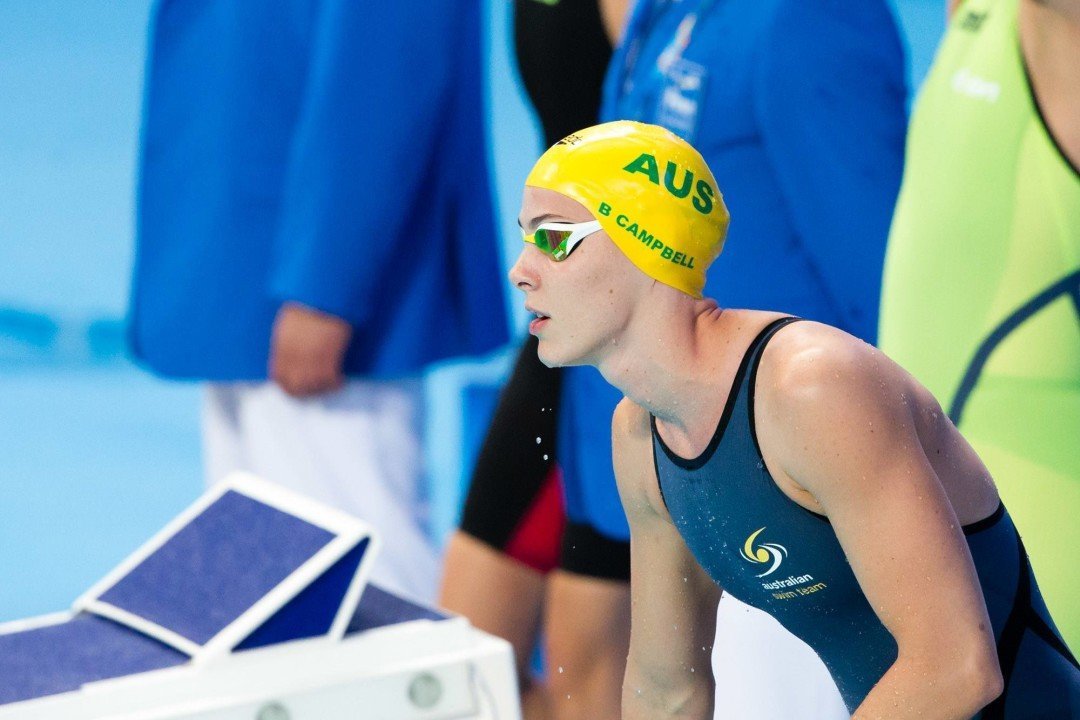 Prior to the start of this morning’s prelims, Australian sprinting ace Cate Campbell tweeted out that she would not be swimming today’s 50m freestyle due to the fact that she caught sister Bronte’s cold.  Bronte had scratched yesterday’s 100m freestyle prelims, citing a head cold, but sister Cate was in good health, clocking a smooth 52.85 for the win. We also reported yesterday how Emily Seebohm was a no-show and appeared to have scratched the entire meet as well.

Happy with my 100m swim last night, unfortunately I won't swim the 50 as I have caught @Bronte_Campbell 's disease ? pic.twitter.com/7y596IY2MH

Michelle Coleman followed up her 3rd place spot in the 100m freestyle yesterday by claiming the top seed in the women’s 400m freestyle this morning. Coleman came into the meet with a time of 4:08.87, the mark she registered at the Miami Super Challenge, but dropped some time to score a new season best of 4:08.52.  This is only the 2nd time the Swede has swum the event since February 2015 and has chosen the right time to have found her rhythm.

Yesterday’s 800m freestyle winner, Jessica Ashwood claimed the 2nd seed in a time of 4:10.07, with Bronte Barratt and Lauren Boyle right behind with morning swims of 4:12.74 and 4:13.06, respectively.

Veteran Aussie Alicia Coutts turned some heads with her morning 100m butterfly swim, wrangling in an impressive time of 57.65, a mark just outside the 28-year-old Redlands’ swimmer’s personal top 10 best. Coutts split her morning race 27.16/30.49 to claim the only sub-58 mark of the field. Her prelims time now ranks as the 5th-fastest in the world this season, with finals yet to come.

Miami Swimming Club’s Daniel Smith swam to the pole position in the men’s 200m freestyle, touching in a solid 1:47.25.  Smith’s best time of the season was the 1:46.50 he registered at the Beijing stop of the World Cup. He’ll look to improve upon that time, which currently sits in the world’s top 10, tonight.

Smith will have to hold off a surging Cameron McEvoy, however, the 21-year-old Bond swimmer who already claimed the 100m freestyle victory yesterday. McEvoy’s bread and butter event is this 200m free so he’ll no doubt turn on the speed and challenge for his 2nd win of the meet.

Feeling healthier, Bronte Campbell fired off a swift 24.71 50m freestyle prelims swim to take the top seed as the only female to delve into sub-25-second territory. In the splash n’ dash where anything can happen, Danish speedster Jeanette Ottesen (25.16) and fellow Dolphins teammate Emma McKeon (25.18) are looking to take advantage of any missteps Campbell may take in the final tonight.