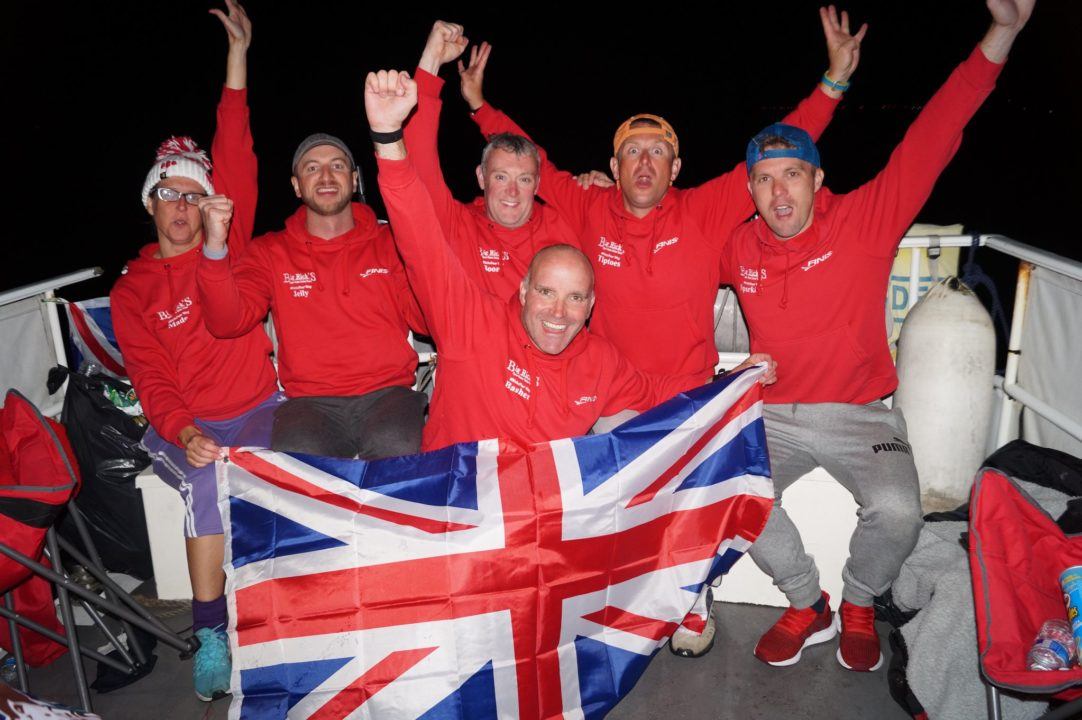 Each member of Big Rick's swam an hour at a time.

Six British swimmers under the team name Big Rick’s completed a four-way crossing of the English Channel in early September, raising money along the way for British Heart Foundation and Marine Conservation Society.

The team of Paul Bates, Charlie Weadon, Melanie Holland, Ryan Coley, Stuart Fuller, and Ross Emery took one-hour shifts, swimming relay-style to finish the swim in 46 hours and 13 minutes. The team is the 3rd-ever to complete the four-way swim, and since 2008, have completed 11 crossings in total of the English Channel  – all in memory of their friend, Mark Rickhaus.

“We wanted to take on something that was bigger than the 2-way relay we completed in 2016. A few teams have completed a 3-way, but only 2 teams have successfully completed a 4-way,” Bates told SwimSwam in an email. “We thought it was worth a shot, as we’re all strong swimmers and we knew we had it in us to achieve it if the tides and weather played ball too.

Here’s a look at their course: 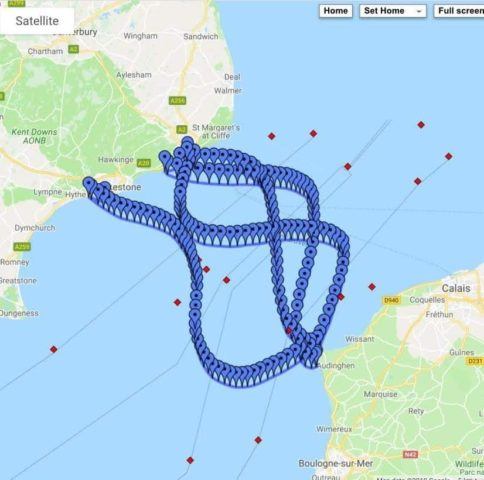 Between one hour sessions, the five members would be in a boat, following behind the current swimmer.

In preparation, the group kept up their usual level of indoor training and supplemented it with increased cold-water open water training, including preparation for the repeated in-and-out stints.

“The main challenge that was difficult to prepare for was the lack of sleep we would get during the actual challenge,” Bates said. “We were limited with places we could find to sleep on the boat, so this was something we had to just deal with. We managed to get only small amounts of sleep during the 2 days, and it was nowhere near enough as what we needed.”

Some of the group members had done single Channel crossings in advance of this most recent one. Coley had done a one-way crossing as part of a different relay team, and Holland did the complete swim solo.

“I think it’s really important in a challenge like this that you are very close as a team. Big Rick’s are just that – we have fun, we take the mick out of each other a lot(!), and we support each other when it matters,” Bates continued.

“We swim for the team and for the charities we support – not for ourselves. Nobody wants to let the team or charities down, so no matter how difficult a challenge gets, no matter how dark and miserable it is, or how many jellyfish are in the water, we know that we have to get back in that water and keep swimming!”