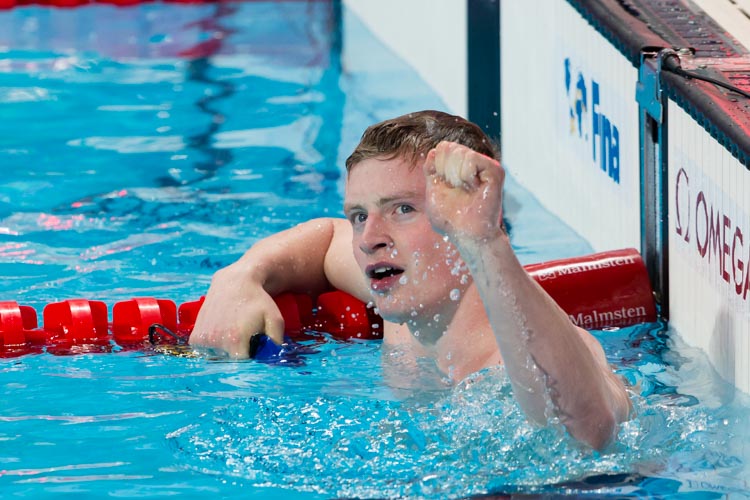 The sport enjoyed its best ever performance at a FINA World Championships with success coming in both the diving and swimming pools while the British Para-Swimming team secured a total of 32 medals including 10 gold at the IPC World Championships in Glasgow.

Each sport has nominated three athletes for the Athlete of the Year Award and this will be determined by a public vote via the British Swimming website.

The annual vote will replace the BOA Olympic Athlete of the Year Award and will feature as a way of celebrating the outstanding achievements of athletes throughout the year.

British Swimming Chief Executive David Sparkes said: “This has been an exciting year for all of our sports as we witnessed success in both Kazan and Glasgow.

“We won 10 gold with a total of 32 medals at the IPC Swimming World Championships and were delighted to see a number of new athletes taking the step up, which is exciting ahead of the Paralympic year.

“At the FINA World Championships we saw success in both diving and swimming with diving taking the lead in the first week with four medals and gold for Rebecca Gallantree and Tom Daley.

“In the swimming we built on the success from last year to progress further with five gold medals and two world records in a nine-medal haul. The swimmers showed great levels of confidence which is really pleasing to see.

“I welcome the public’s vote on our Athlete of the Year as we celebrate our achievements through 2015 ahead of the hard work beginning for 2016.”

Voting is now online and you can select your Athlete of the Year by visiting www.swimming.org/britishswimmming The winner will be announced at a British Swimming Awards dinner on 3 October.

Other sport specific awards that will be given out include Coach of the Year and Emerging Star of the Year. These athletes will be selected internally and will be announced at the same time as the Athlete of the Year.