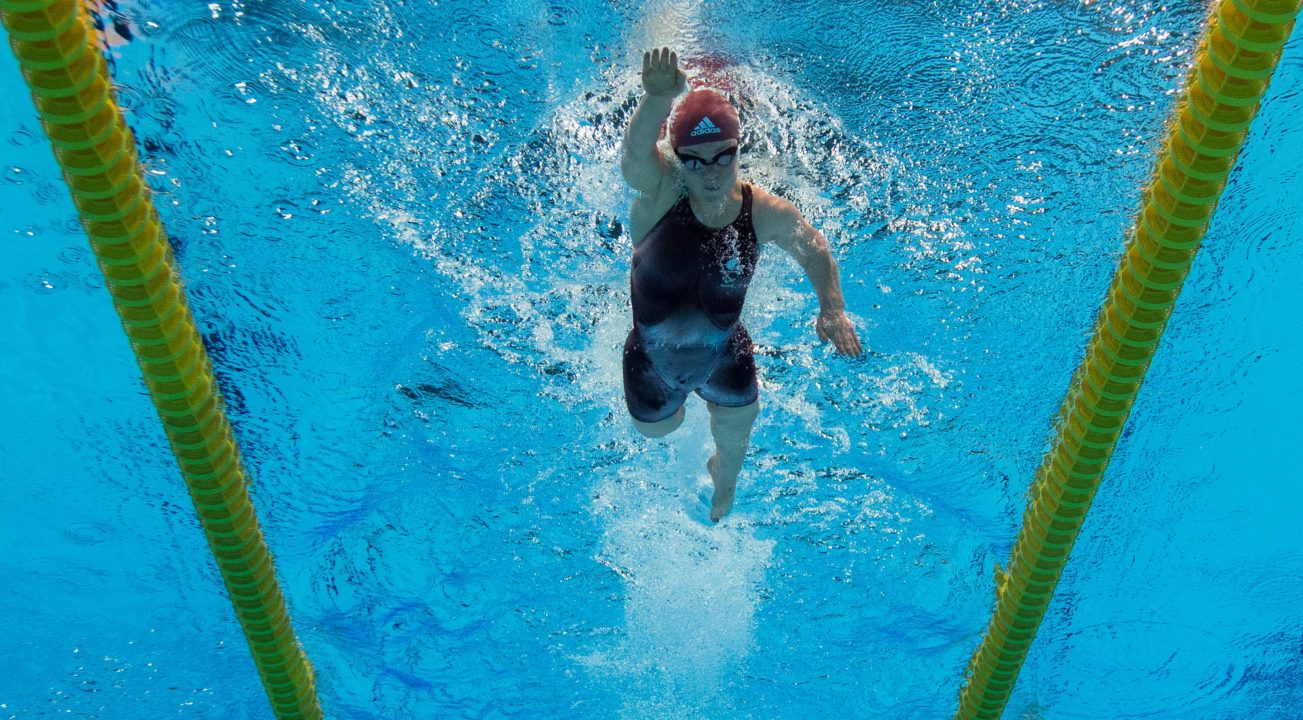 At the time, Adlington’s world record was unheard of. With a final time of 8:14.10, she took over 2 seconds off of Janet Evans’ previous world record of 8:16.22 that had stood for almost 20 years. Additionally, she beat silver medalist Alessia Filippi of Italy by over 6 seconds.

Commenting on Adlington’s swim, Olympic bronze medalist Steve Parry said, ” She won by so much that you couldn’t even see on the camera shot any of her competitors in the race. She also broke a decade-old world record. It was an absolutely phenomenal performance. Earlier in the week, she had won the 400m freestyle as well. It was one of the best swimming performances that I have ever seen and probably one of the most inspirational moments I have ever witnessed.”

After the nominations were released, Adlington tweeted, “Wow feel absolutely honoured to even be amongst these incredible women! @BBCSport”

Wow feel absolutely honoured to even be amongst these incredible women ! @BBCSport https://t.co/MPZ3Jq77Pc

Competing in the S6 and SM6 classes in London, Simmonds racked up 4 medals, including 2 individual golds in the 200 IM and the 400 Freestyle. In the 400m freestyle, she faced battle with American Victoria Arlen. However, she ended up coming out on top with a final time of 5:19.17, taking a whopping 5 seconds off of the previous world record and becoming the first woman from her class to break the 5:20 barrier.

Commenting on her race, and her performance in London as a whole, former Paralympic swimmer Kate Grey said, “There are so many to choose from in the world of Paralympic sport but for me as a former swimmer it has to be Ellie Simmonds winning gold in London 2012 in the 400m freestyle. Four years earlier, Ellie shot to fame when she won gold in Beijing at just 13 years old but this time all the pressure was on her. She was the poster girl for London 2012 and had a big race on her hands against America’s Victoria Arlen. It was a fantastic race to watch – Ellie pulled away in the final stages and when she touched the wall to take the gold, she just broke down into tears and the whole stadium erupted.”

The award is currently being run through an online poll on BBC Sport’s website, honoring the greatest British sporting moments of all time. Voting is open through May 28th, and the top 10 moments will be counted down on  BBC Radio 5 Live’s The Inside Track.

Interesting that the 800 free was chosen because I probably would have gone with the 400 free as a better sporting moment. I know she did break one of the oldest WRs on the book at the time in the 800 but for me there is something so special about watching Adlington’s last 50 on the 400 where she overtakes Hoff on the touch.

I agree. I think setting a WR, winning by such a distance and becoming a double gold medallist cemented Rebecca Adlington in the minds of the non-swimming British public though, so no surprise that’s the nominated moment. Surely Jess Ennis-Hill will win though? Going in with all the pressure, the poster girl of a home Olympics, and she delivers the performance of her life to win gold easily.

Probably. Could maybe see an upset with people voting for something that happened more recently like Sherrock or the netball team gold. But, ultimately I think Ennis-Hill will win.

That’s true and the netball is such a huge first time win Over Aus and NZ. That said still think Ennis-Hill is a national moment.