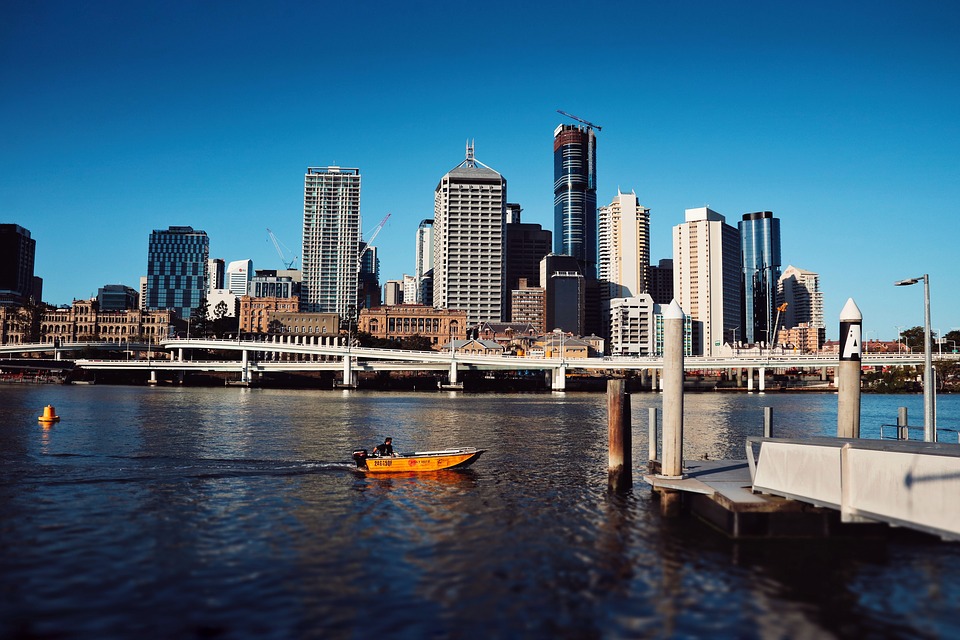 Brisbane has become the first city to be chosen to host an Olympics under the IOC's newly established selection process.

Swim Ireland’s National Head Coach and Head Coach of the National Centre (Dublin) Ben Higson revealed he will be making the move to Australia.

Scooters have claimed another major injury to a swimmer, as Meg Harris reveals she broke her arm when she hit a rock on the way to the beach.

The International Olympic Committee (IOC) has announced that Brisbane, Australia will be the hosts for the 2032 Summer Olympic Games.

It has been expected that Brisbane would host the Games since earlier this year when they were identified as the frontrunners for selection by the IOC. Brisbane has become the first city to win an Olympic bid under the new selection procedures that are designed to reduce costs related to the Olympic bidding process. Preferred hosts are named early on in the bidding process and assuming enough support is received by the city from its federal government, that preferred host becomes the main focus of the IOC throughout the process.

“The Brisbane 2032 vision and Games plan fit into long-term regional and national strategies for social and economic development in Queensland and Australia, and complement the goals for the Olympic Movement outlined in Olympic Agenda 2020 and 2020+5 while focusing on providing memorable sports experiences for athletes and fans. Today’s vote is a vote of trust that Brisbane and Queensland will stage magnificent Olympic and Paralympic Games 2032. We have heard a lot of positive feedback from IOC Members and International Federations in the past few months.”

Bach has deemed the first use of the new selection process a success and expressed that the IOC will continue to use it moving forward;

“This new approach is lighter, more collaborative, more compact, and has a positive impact. Now we always have a significant pool of Interested Parties for 2036, and even for 2040, which is almost 20 years from now. I can’t remember that we have ever been in such a favorable position 20 years before an Olympic Games.

“We enter Tokyo 2020 with full confidence for the future of the Olympic Movement.”

Brisbane was official selected to host the 2032 Games following an IOC vote where they received 72 ‘yes’ votes and only 5 ‘no’ votes. Brisbane has officially secured hosting duties roughly a year and a half after Queensland (the state within which Brisbane lies), Australia officially announced its bid to host back in December 2019. Throughout the process, Brisbane took over for Queensland as the main bidding city but it is expected that a number of cities within Queensland including the Gold Coast, the Sunshine Coast, and others will share hosting duties in 2032.

The fate of Brisbane 2032 was briefly put into question back in 2020 when the city decided to put a hold on its bid in May 2020 as a result of COVID-19 induced economic strain.

Brisbane 2032 will be 3rd time that the Olympics occur in Australia and makes Brisbane the 3rd Australian city to host a Games, following Melbourne in 1956 and Sydney in 2000. Australia has hosted a number of major international competitions including 5 editions of the Commonwealth Games, most recently in the Gold Coast in 2018. Brisbane, specifically, has hosted the 1982 Commonwealth Games as well as the 1987 Pan Pacific Swimming Championships.

Organizers of the bid touted an 84% existing and temporary venue rate as part of a new sustainability movement within the Games, though a point of contention has been a proposed $1 billion rebuild of the Brisbane Cricket Ground as the event’s central stadium.

The Brisbane airport is also expected to receive a $1 billion upgrade before 2032 that includes building a third terminal in the city of 2.28 million.

“The Games will accelerate our future by providing the infrastructure much sooner than otherwise would be the case, by focusing and fast-tracking investment of all governments,” Annastacia Palaszczuk, the Premier of Queensland, said.

“We want to show the world that mid-sized cities and regions can host the Games without financial distress or missed deadlines. The keys are long-term planning, bi-partisan support and making the most of a city’s natural and built resources.”

According to the IOC press release, the Honorable Scott Morrison MP, Prime Minister of Australia shared his thoughts on the news:

“I am proud of Australia, proud of Queensland and proud of our team that secured this win for our country. The Commonwealth Government has supported Brisbane’s candidacy for the 2032 Olympic and Paralympic Games right from the very start. We believe in this bid. We know it’s a huge opportunity for our nation, just like the Melbourne Games in 1956 and the Sydney Olympics in 2000.”

Why does Australia always host the Olympics and never the USA?

Dude, LA is hosting right before…

And Atlanta hosted before Sydney.

And LA hosted in 1984…so before Brisbane 3 US cities vs 1 Australian cities in less than 50 years. And that doesn’t include Salt Lake City hosting Winter Games during that period

LA will be hosting it just before Australia. Just like in 1996 Atlanta and 2000 Sydney.

Are you confusing the Olympics with the World Championships? Australia has hosted the Worlds Championships a total of three times while the USA is a big fat ZERO.

get is straight. LA is hosting in 2028 before AUS

I hope Australia will allow its citizens to talk to each other by then. Yesterday, the New South Wales health director told people not to engage in conversations with each other even if they were wearing masks.

Got any better suggestions

I genuinely would not be surprised if they’re still in and out of lockdowns in 2032, as long as 1 Covid case exists in the world.

Thank god, that Qatar didn’t get 🙂

2032 Will the olympics be cancelled with the appearance of the 280th variant, the Moldovan variant?

And the IOC promises they will have definitely figured out a financial model that doesn’t result in the host city getting stuck with billions of dollars of debt… and they really mean it this time.

Los Angeles will almost definitely be a profitable, financially successful Olympic Games. They’re going to be a money-making machine.

The challenge will be not letting that lull everyone to sleep from pushing forward with these initiatives to make the Games more sustainable.

You think so? Guessing they have a lot more of the infrastructure already in place than most places. (I wonder how much of it is from the last time they hosted.)

I’ve been wondering this as well…There’s actually a wiki page all about this which I found interesting.

It seems Winter Olympics tend to do better, but aside from 2008 (which I’m a little skeptical of), it looks like LA ’84 made a solid model that was then repeated by Atlanta and Seoul managed some healthy profits (though government run, so I don’t know if that affects the actual profit). So it looks more like the IOC should stop trying to develop a financial model and use the example of previous working ones…

Do they already have a to end pool?

Not in Brisbane, no. At least, nothing that’s Olympic caliber. However, remember that this bid was originally a Brisbane/Gold Coast joint, and though Brisbane has become the focus, it’s still expected to have other events hosted around Queensland.

So then you have the Gold Coast Aquatic Centre that was able to build a 10,000 seat temporary grandstand for the 2018 Commonwealth Games.

That seemed pretty close to what the physical constraints upon that center would be (beach on one side, road on the other) unless you really built up the seating on the end, so perhaps that will be a water polo/synchro venue, and the pool will be elsewhere? We’ll wait and see.

For swimming, they’ve already said they’ll build a new venue in the middle of Brisbane City. Gold Coast may be used for other aquatics. I thought they might just redo Chandler Aquatic centre in East Brisbane.

It’s planned to be a temporary pool in an arena in the Brisbane CBD. IOC suggested they use the Gold Coast Aquatic Centre like Comm Games but I suspect they wanted better for our most successful sport at the Olympics games and want it hosted at the heart of the games in Brisbane.

Yeah. Gold Coast Aquatic Centre would be great if it had a roof.

The bid is still shared between Brisbane and the Gold Coast, with the Sunshine Coast having events too…