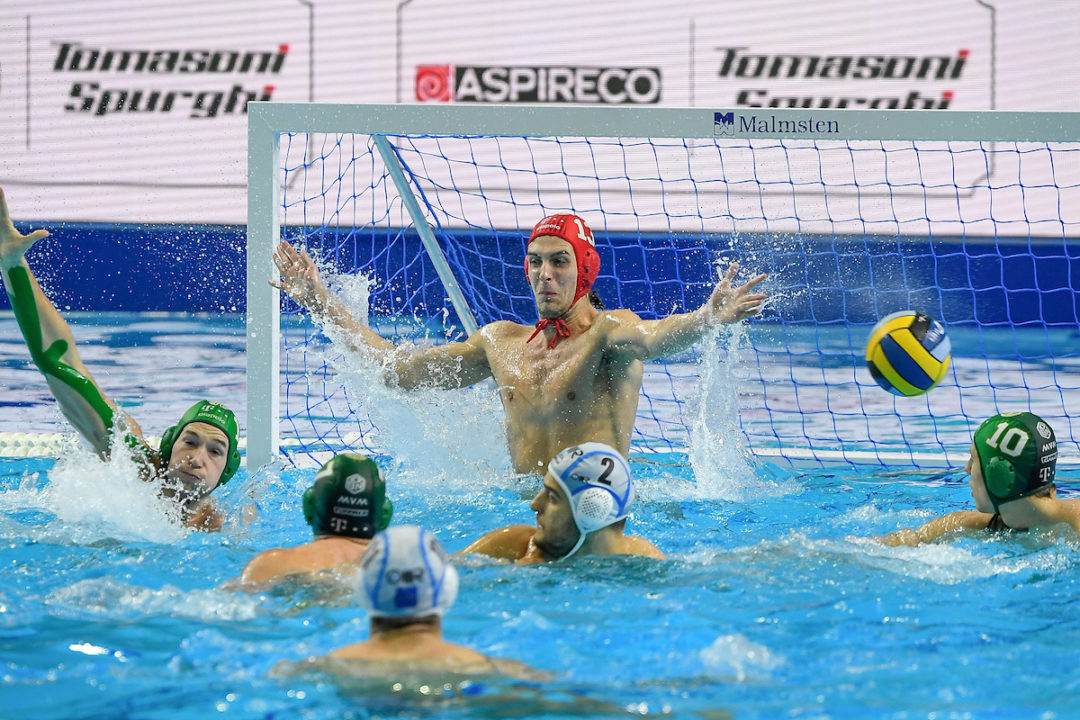 After beating Jug by five in Dubrovnik, Brescia added another significant win against Ferencvaros. Archive photo via © G.Scala/Deepbluemedia/Insidefoto

Keeping the offensive force of Ferencvaros on 4 goals in any game is a huge feat – and Brescia just did that by allowing a single goal for the Hungarians in each period. The real heroics from the Italians were shown in the first half when they managed to shut out the Magyars for 12:40 minutes. In that phase the Italians scored four connecting goals while in the back they did an outstanding job and Petar Tesanovic delivered a series of outstanding saves. That visibly set last season’s bronze medallists off-balance in front, they could never really find their rhythm in the second half, while Brescia kept a safe gap with ease. As a demonstration, the Italians staged another shutout in the last 7:07 minutes of the game – to take some revenge for the bitter losses in the last two editions in the Final Eight (2021: semis, 2022: bronze medal match).

Jug bounced back from the opening day’s blow (lost by five to Brescia at home), despite Marseille’s early surge. The French were 2-4 up but Jug scored ten goals in the middle two periods to turn the game completely. The decisive blast came in the third, the Croats produced a 4-0 run after 8-8 and there was no way back for Marseille. Veteran leftie Maro Jokovic led the charge, the London 2012 champion scored four action goals when it mattered the most, which really lifted his team’s spirit.

Novi Beograd opened the season with an 11-goal away win in Berlin and now they thrashed OSC by eight at home. The Hungarians could hold on only until 5-5, then the Serbian super-team hit five in a row and demolished their rivals’ defence in the second half. The hosts were on top of their offensive game, 26 of their 33 shots were on target, so finishing with 17 goals gives some credit for OSC’s goalie Marton Levai who could still deliver 9 saves.

In the game of the group’s underdogs, after several twists and turns, Sabadell and Spandau had to settle for a tie – which also offers a unique view of the rankings since four sides stand with one point after two rounds.