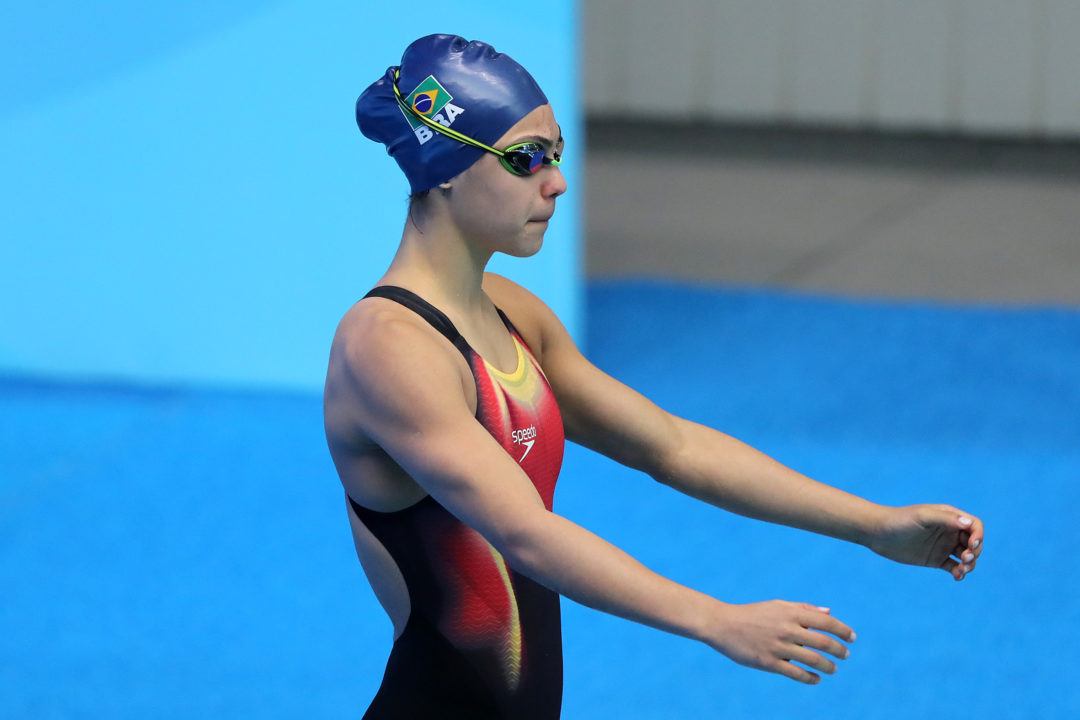 The roster, by rule, is a balanced 4 males and 4 females, which makes it a much more even roster than the senior one heading to Pan Pacs – which has 14 males and just 2 females.

The headliners of the Youth Olympic roster include André Luiz Souza and Lucas Peixoto, who were both under 50 secondss in the 100 free. Specifically, Souza swam a 49.47, while Peixoto was a 49.66, though both were slower in the finals than they were in the preliminaries.

Also on the roster is Rafaela Raurich, who was a member of Brazil’s squad at last year’s World Junior Championships as well. She finished 2nd in the 200 free in 1:59.92, behind Manuella Lyrio’s 1:59.23. That time was short of her own personal best of 1:59.68 done at last year’s Maria Lenk Trophy. She has broken no-fewer-than 21 Brazilian age records.

The quadrennial summer event will be hosted in Buenos Aires, Argentina from October 6th-18th. Like the prior two editions of the event, each country can send a maximum of 4 male and 4 female swimmers in conjunction with the other qualifying procedures (seen here). All athletes must be born between January 1st, 2000 and December 31st, 2003, with up to 400 total athletes (200 male and 200 female) being invited to participate.

The top 16 teams from the 2017 World Championships, which includes Brazil, earned the right to send the maximum 8 swimmers guaranteed (presuming they met the qualifying standards).