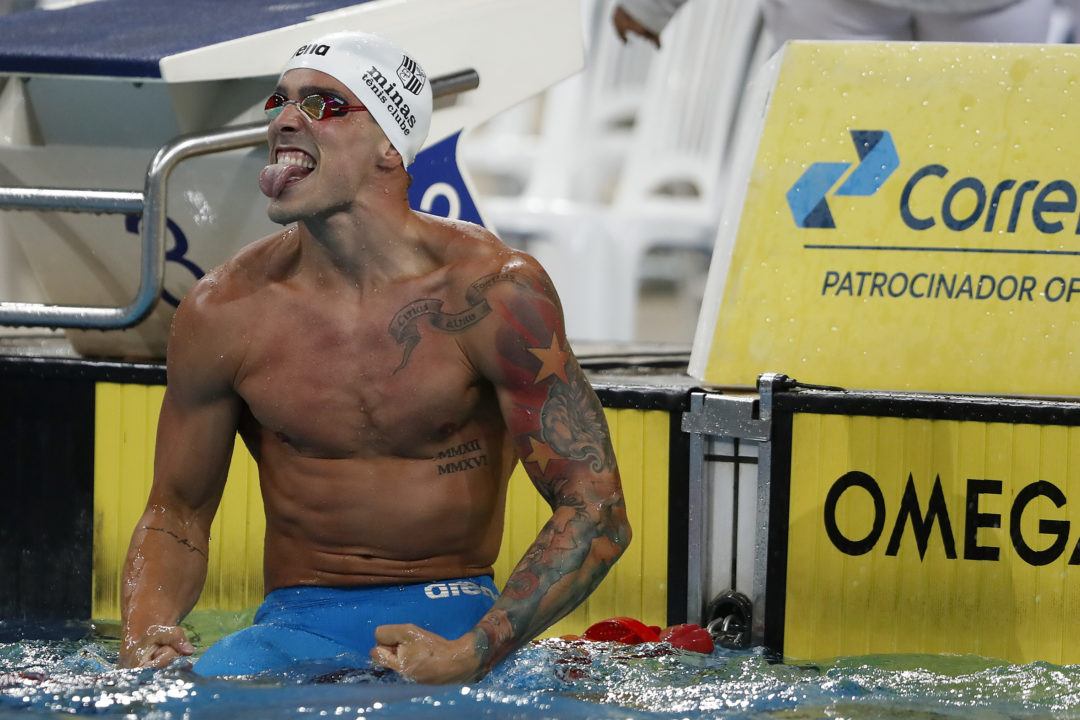 Bruno Fratus leads a team of 14 men and 2 women to the 2018 Pan Pac Championships in Tokyo. Current photo via Satiro Sodre/SS Press

Brazil has named a 16-swimmer roster for the 2018 Pan Pac Championships, which will be held from August 9th-13th in Tokyo, Japan. The meet is Brazil’s primary senior team meet for the year, with the South American Championships and Youth Olympic Games serving as secondary competitions.

At the top of the list for the men’s team is Bruno Fratus, who lit the meet on fire on the final day with a 21.35 win in the 50 free, the 2nd-best time in the world this season.

“I did not expect to swim that fast. I only managed to get fit in the middle of February and so I did not think I would get this time, but it shows that we always have to try. Now it’s focusing on Pan-Pacific, which is the main competition of the season,” he said of his result.

The team is a drastically younger team that Brazil is used to. The team, on average, is more than 8 years younger than the 16-swimmer roster that they sent to last year’s World Championships. Contributing to the reduction is the absence of Cesar Cielo, who says that his focus is the Short Course World Championships, and that he was bypassing Pan Pacs even if he qualified.

Of the 16 qualifying swimmers, a full 9 weren’t on Brazil’s World Championships team last year. That includes Fernando Scheffer, who broke the Brazilian and South American Record in the 500 free with a 3:49.06. Also making his international debut is Vini Lanza, who trains at Indiana in the United States. Lanza was 3rd at NCAAs in the 100 fly behind American superstar Caeleb Dressel and Polish Olympian Jan Switkowski

Lanza was 3rd at NCAAs in 100 fly, behind Dressel and Jan, article says 2nd.

And just to always rub it in to his fanboys, Schooling finished fourth.