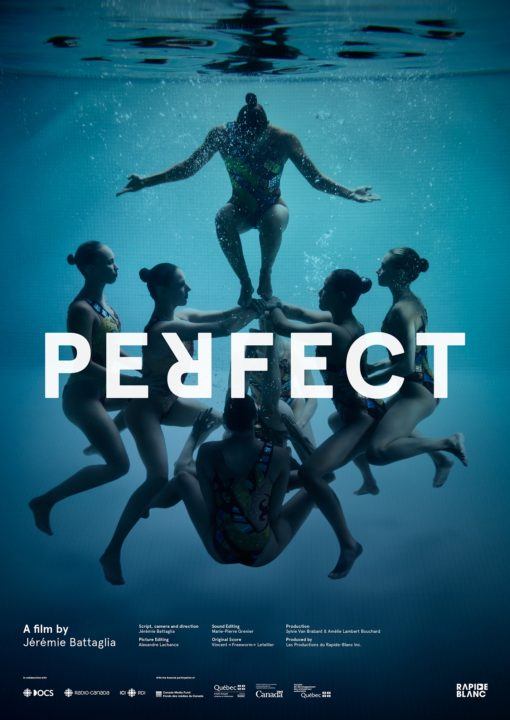 A new synchronized swimming documentary, PERFECT, is being released May 1st on video-on-demand services.

The film chronicles the Canadian synchronized swimming team’s preparation for the Rio 2016 Olympic Games, and goes “beyond the beauty, to the brawn” it took to qualify. Team Canada ended up 7th out of 24 teams in the overall standings.

PERFECT was awarded Best Documentary at the Winter Film Awards in late February.

Perfect is a documentary feature that dives beyond the sequins and mascara to follow a team of elite athletes who will do whatever it takes to make it to the Olympics. They’ll suffer concussions, smashed vertebrae, fractured feet, broken noses, black eyes and dislocated knees. That’s because synchronised swimming is as much of a contact sport as football. From International competitions, battling eating disorders, dislocated knees and crushing losses, these girls never give up. And more importantly, they never stop smiling.

View the trailer below: