Braden Holloway: “We Were Able to Capitalize Where We Weren’t Strong” (Video) 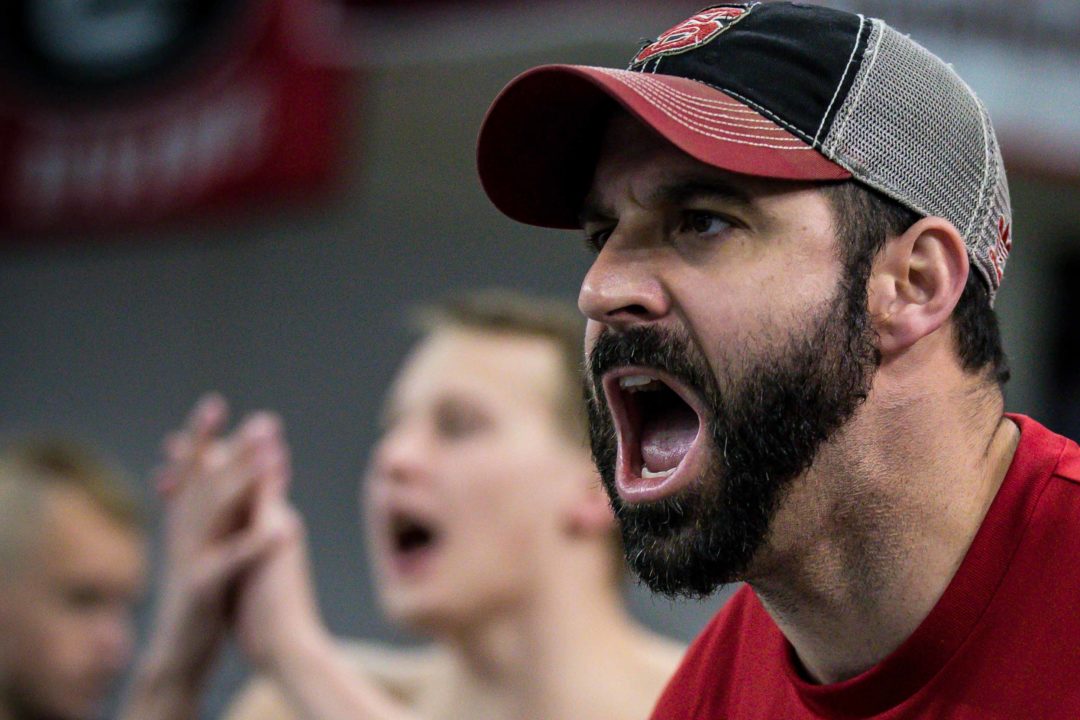 Before you ask, “which areas was NC State ever ‘not strong’ in this season,” let’s take a look back at SwimSwam’s College Swimming Preview of NC State and compare it to the actual outcome of the 2020 Men’s ACC Swimming & Diving Championships–and don’t forget the diving.

Ever a powerhouse in the sprints, NC State began the season with a formidable group of 50/100/200 specialists, and it was indeed through these events that they accrued most of their points. Coleman Stewart, Nyls Korstanje, Noah Hensley, and Luke Sobolewski all made between 1 and 3 ‘A’ final appearances in sprint events, with Stewart being the only one of the bunch to swim in the ‘A’ final of a 200 (because the others were not entered in any of the 200s).

The distance crew looked promising, though the classically middle-distance events such as the 200s of stroke and the 400 IM were major question marks for the Wolfpack after graduating Andreas Vazaios in 2019. While these races did indeed challenge NC State, they had a presence in the ‘A’ final of every 200, with the exception of the 200 breaststroke, where their highest finish came from sophomore Rafal Kusto who finished 18th. NC State did not have a swimmer in the ‘A’ final of the 100 breaststroke, either, though Kusto put points on the board with a 12th-place finish there.

Men’s swimming MVP Coleman Stewart won the 200 backstroke by a huge margin, and Erge Gezmis finished top-8 in three different 200s: butterfly, freestyle, and IM. Eric Knowles, meanwhile, got NC State on the board in the 400 IM via a 6th-place finish. Knowles was also a top-5 finisher in the 500 and 1650 freestyles.

Diving gave the Wolfpack a boost of 123 points the week before men’s swimming began in Greensboro. 3-meter champion James Brady, a junior, was honored as the ACC Championship Most Valuable Diver.

The following recap and scores were reported by Robert Gibbs.

From the beginning of the season, it looked like senior Coleman Stewart and sophomore Nyls Korstanje would be the Wolfpack’s two dynamos, and sure enough, the duo accounted for all four of NC State’s individual victories this week. Stewart was named Swimmer of the Meet in recognition of his individual victories and relay contributions. But it was definitely a team effort, as almost every single NC State swimmer scored.

Five different NC State swimmers scored 70 or more points, and the one swimmer who missed out on points, freshman Kimani Gregory, finished 25th or 26th in all three of his events, putting him in a good position to contribute next year.

Next month, the Wolfpack heads to Indianapolis, IN, for the NCAA Division I Championships. NC State has finished 4th there each of the last four years.

I don’t think it was intentionally done this way, but the headline attributed to Braden is a great example of missed ‘punctuation’ taken out of context. Listen to the video. “Where we were able to score some good points, we were able to capitalize. Where we weren’t strong, we were able to hopefully dodge some bullets.” So, they dodged bullets by their Breast weakness not killing them and they rocked it where they were supposed to. The media sometimes gets it wrong (sorry Reid) and the commenters should at least critically watch the video before trying to criticize what Braden was saying.

They did not capitalize in breaststroke, where they were not strong…

I have to disagree. They did NOT capitalize where they weren’t strong. They had one GLARING weakness, breast. They scored 22 points in the 2 breast events combined! Not only that, but their breast split in both Medley Relays was bad… They were 8th fastest in the 200 (beating Duke, BC and VT) and they were 9th in the 400 (beating only Duke and BC). They left a breast stroker at home who was faster than the one they brought too. So please explain to me how they capitalized on breast stroke this past weekend.

Maybe diving? That’s their weakness and they scored 100 points?

Sorry, if they had the MVP for the diving, I would not count that as a weakness.. plus 123 points overall in 3 events puts their breast struggles to shame.

But let’s be honest, it was their weakness going in to the meet. And they capitalized it by scoring big points.

Was it really as big of a weakness as breastroke? Brady has been an NCAA scorer and on the podium for both the 3m and platform in recent years: https://gopack.com/sports/swimming-and-diving/roster/james-brady/8867

Doesn’t seem like a big weakness to me, definitely not as big as breaststroke which could cause big problems at NCAAs for those medley relays.

Brady, a senior, didn’t score at NCAAs. The diving program has been the weakest link in recent years. That is what is being referred to. There are also two other divers missing from the list.

I think you forgot Noah Hensley in the list above