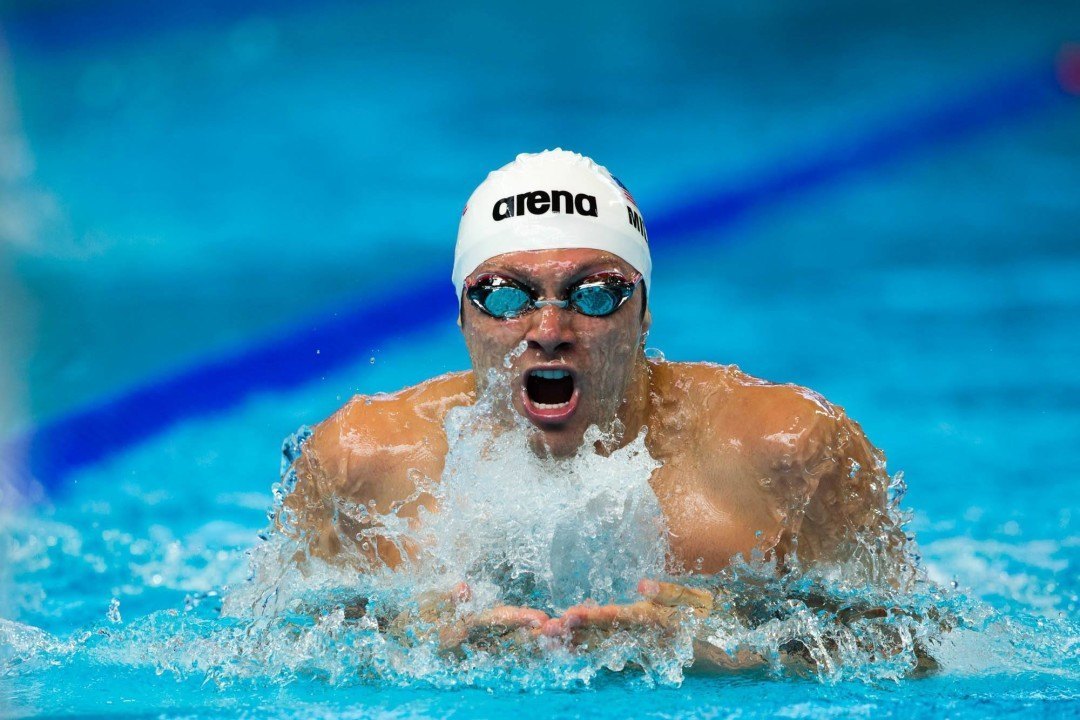 What bodes well for Miller's 2016 year was how smooth the race looked, but mostly how great he was on and off the walls. Archive photo via Tim Binning/TheSwimPictures.com

The latest swimmer to slide under the barrier is Cody Miller, who did so at last weekend’s American Energy Club Pro Am in Edmond, Oklahoma. Miller went 1:49.74.

He now joins Cordes and 2015 NCAA champ Will Licon as the only men to break the barrier. Earlier in the weekend, Miller also became just the fourth man under 51 seconds in the 100, joining Cordes, Damir Dugonjic and Chuck Katis.

What bodes well for Miller’s 2016 year was how smooth the race looked, but mostly how great he was on and off the walls. The race video (which you can see here) is a testament to great breaststroke turns – a huge factor in a race that features 7 of them.

Though turns are less important in long course swimming, they are still an often-overlooked detail that can win or lose a tight race. And with the race for breaststroke slots on the U.S. Olympic Team next summer starting to tighten up, all every swimmer can ask for is to show excellence in those small, race-saving details.

biased towards breastroke Jared? remember not as many walls in 2016!!

Cordes for the first spot
Miller vs Whitley vs Licon vs Fink vs Prenot vs Wilson for the second spot
Slight advantage to Miller and Prenot right now but it’s very close.

If his stroke was anything like this http://i.imgur.com/tSHqCHF.gifv I can’t understand how he isn’t being DQ’d for his downward dolphin kick