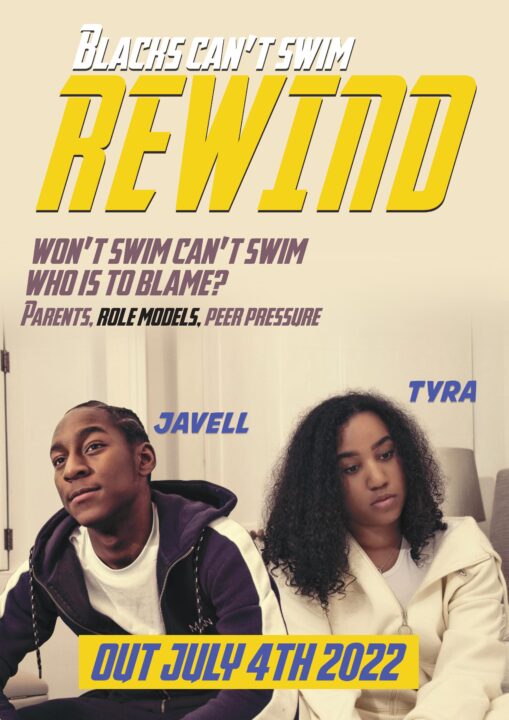 The film series, produced by Black Swimming Association (BSA) co-founder Ed Accura, initially took a look at Accura’s own fear of water in the first movie before highlighting some harrowing statistics regarding the percentage of minorities that aren’t able to swim.

The third film puts an emphasis on the racial bias that’s involved in the sport.

“In this third film, we hear the harrowing recount of an 8-year-old child about their lived experience swimming in school,” the BSA press release says.

The boy speaks on how the caucasian and black students at school would be separated when it was time to go to the water.

“In class… we would get sectioned and then the Caucasians go on one side and they go to swim, and then the Black people go and do football or dodgeball, and they think because we are Black we can’t swim, but we can swim.”

“Barriers to swimming include racial bias and predisposed systemic discrimination, even at the primary  school age; the BSA wants to act as a bridge with communities and the aquatic sector in order to dismantle racial bias, inequitable access, and lack of inclusion within swimming and aquatics. Inclusion for all not at the exclusion of some must be met by acknowledging and catering to the needs of the most marginalized groups,” the release continues.

Accura said the film documentary has already superseded its expectation and propelled it to another level:

“The aim was to continue highlighting the issue of a disproportionate number of African, Caribbean and Asians that do not swim, but I was pleasantly surprised to see that it has already given the youth involved the motivation, direction, and hope to seek a better life.”

“Swimming is for everyone, and swimming is the only sport that is also a vital life skill. The BSA was established to highlight the value of swimming as a vital life skill to prevent drownings by tackling previously unaddressed inequities and under-representation within the aquatics sector and ultimately increasing visibility and participation in aquatic sports. Since then, we have amplified the voice of the African, Caribbean and Asian communities and taken tangible action, with our work having direct relevance to over 6.9m people of African, Caribbean and Asian heritage in the UK who are currently not aquatically active or water safety aware.”

Dearing was the first-ever Black female swimmer to represent Great Britain at the Tokyo Olympics.

The film will be available globally on VOD via blackscantswim.com on July 4.

You Can Watch Three Trailers for the Movie Below:

Could someone kindly explain how and where to watch the documentary? It looks like we go to their website, but I’m not sure what is VOD.

You can watch it here http://blackscantswim.com/?fbclid=IwAR06CG9QD2GbNwZpWmZuZ09_XLpmb7qVIpjL_vlN7DDcTPPZMEhoolZWWNU

It should be abundantly clear that to be great at swimming merely requires an opportunity to swim. It’s so discouraging that this anecdote is still floating around – I remember this nonsense from over 40 years ago! Hopefully USA Swimming will continue their effort to eradicate it.

I did not know this Williams update.

I was a Williams volleyball player who was on campus early freshman year for preseason training so I got to know the other athletes.

Yet even with that added ‘connection’, my experience was that the swim test felt like a “let’s check out the fresh meat” parade for the male upper classmen ☹️.

Granted I graduated in the 1990s so I REALLY hope the process had improved over all these years.

Read that article and can’t understand the logic. Their thinking is equivalent to scraping English because it has a “disparate impact” on non-english speakers. The idea of teaching and learning is for people to grow – no mater their color, ethnicity.

So true! It’s a natural human thing to do; swim and race. Just like walking and running.

I hope we can get a more progressive policy towards pool building.

The problem is to maintain it.