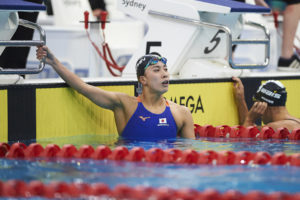 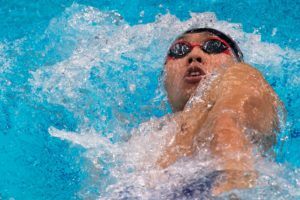 In just his 2nd meet appearance in more than 6 months, Olympic champion Kosuke Hagino is set to compete at this weekend’s National Sports Festival in Japan. 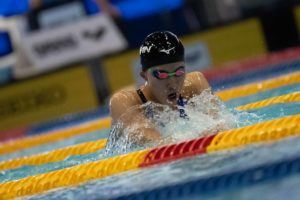 Yui Ohashi will be back at it this week, competing at the Japan Open, the final qualifier for this summer’s World Championships. 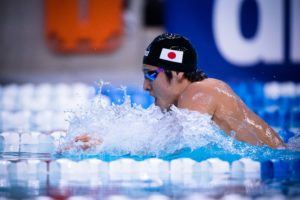 Yuki Kobori is a Japanese freestyle specialist and double Olympian. At his second Olympic Games in Rio de Janeiro he won a bronze medal as a member of Japan’s 800 meter freestyle relay. Koburi is a Mizuno swimmer based in Tokyo. He took up the sport at age four, following in his sisters footsteps.

Kobori made his international debut at the Pan Pacific Championships in 2010 in Irvine, California.

At the 2012 London Olympics, Kobori lead off the Japanese team in the 800 meter freestyle relay. The quartet finished ninth in the heats.

A year later at the FINA World Championships Kobori was a member of the 800 meter freestyle relay that finished fifth in the final.

At the 2015 FINA World Championships, Kobori had the fastest split on the Japanese 800 meter freestyle relay, but the team didn’t make the finals, finishing 10th in the heats.

Kobori won his first Olympic medal, earning a bronze in the 800 meter freestyle relay. Japan finished in 7:03.50 behind USA and Great Britain.

At the 2017 World University Games, Kobori pulled his first 2 medal haul, garnering a gold in the 4×200 free relay as well as a bronze in the 4×100 medley relay.

At Pan Pacs, Kobori once again pulled double medals in the same 2 relays, this time earning silver in the 4×100 medley and bronze in the 4×200 free relay.

In Jakarta, Kobori won a hat trick of medals, including his first individual international medal. He helped Japan to gold in the 4×200 free relay and silver in the 4×100 medley relay (which set a national record) as well as won a bronze in the 100 fly (51.77).