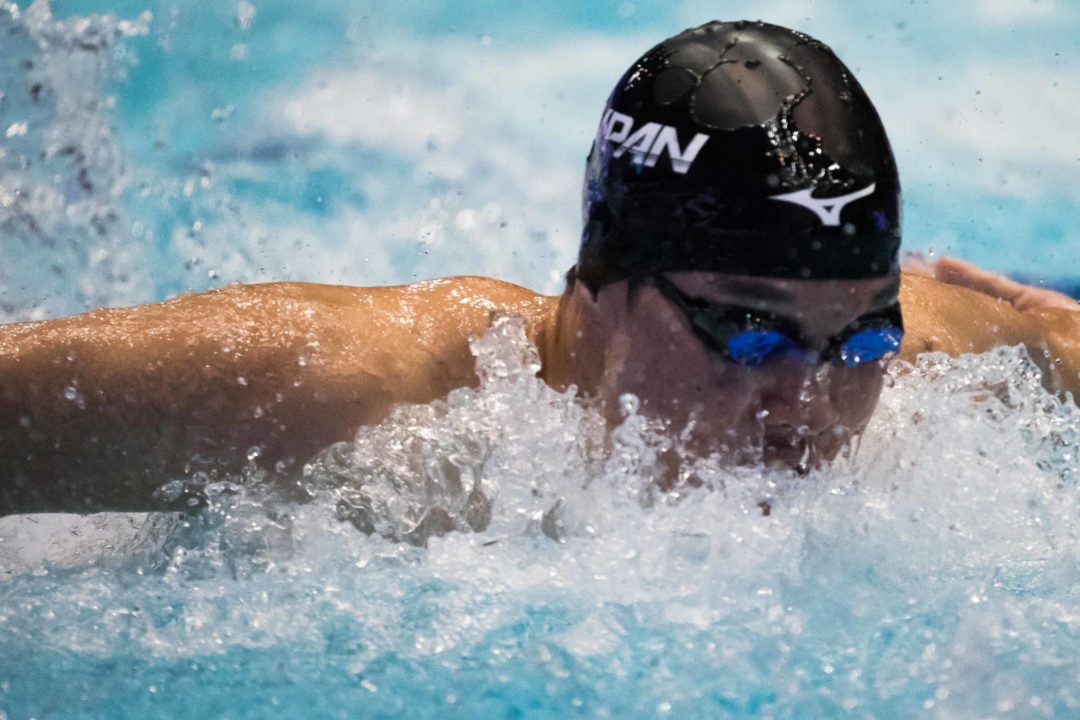 Japan's Yuki Kobori, medalist at the 2016 Olympic Games in Rio, has announced his retirement from swimming at the age of 27. Archive photo via Mike Lewis/Ola Vista Photography

27-year-old freestyle and butterfly ace Yuki Kobori of Japan has announced his retirement from the sport of swimming.

Having been in the water since the age of 3, Kobori has been a mainstay of the Japanese national team, contesting his first elite international meet of the 2010 Asian Games.

His career peaked in 2016 when the Nihon University man was a member of Japan’s bronze medal-winning 800m freestyle relay. Along with teammates Kosuke Hagino, Naito Ehara and Takeshi Matsuda, the nation earned its first medal in the event since the 1964 Olympic Games in Tokyo.

Kobori followed up that performance with two more bronzes in the same race, first at that year’s Pan Pacific Championships and then at the 2018 FINA Short Course World Championships in Windsor, Canada.

Kobori missed making this year’s Olympic Games, opting out of the 200m free individual event to focus on the 100m fly where he placed 4th.

On his retirement, which is effective today, October 14th, Kobori states, “I have been swimming for 24 years. It was fun and painful, but far more painful. I was able to overcome it with the support of various people.

“It is time to thank everyone who supported me. In many places and in many ways I will return the favor.”

Kobori will be taking on a position with the company of Mizuno in his native Japan.

At one point I’m sure he was.

He did indeed retire then except for that comeback