Spanish Olympic champion Mireia Belmonte is among the visiting Spanish contingent set to race in this weekend’s Swim Cup Amsterdam. 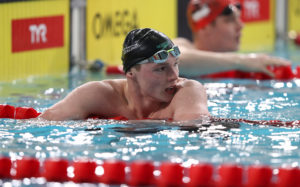 Duncan Scott broke Scottish Records in both the 100 free and 100 IM on Saturday at the European Short Course Swimming Championships. 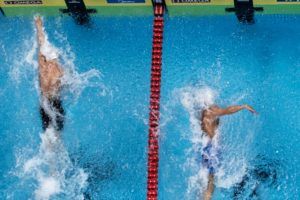 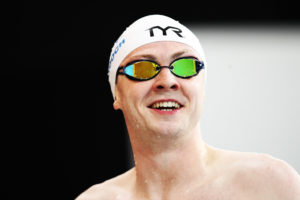 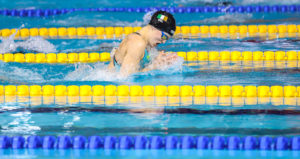 Catch up on the numerous national records that bit the dust on day 1 of the 2019 European Short Course Championships in Glasgow.

Bruno Ortiz
Bruno Ortiz is a swimmer at the University of Michigan, originally from Tokyo, Japan. Born Feb. 15, 1993 Ortiz is finishing up his senior year studying in the College of Literature, Science, and the Arts. Ortiz is a very versatile sprinter – his Michigan biography lists him as a breaststroke and freestyle specialist, but he also is talented at the IM. Ortiz is extremely decorated on the NCAA level — he’s a 16-time NCAA All-American and a 7-time NCAA Honorable Mention All-American. He’s been noted for his breakout speed – making him a major threat in any 50 event. In 2014 SwimSwam ranked Ortiz as the no. three Most Valuable Swimmer at Men’s NCAA’s due to his strong presence on nearly every Wolverine relay. Ortiz graduated from St. Mary’s International School–Setagaya-ku, Tokyo, swimming for four years, and his older brother, Miguel, also swam for Michigan. He also lived in the country of Spain for a while, where he competed for the Real Canoe N.C. swim club in Madrid. He’s an NCAA national champion, and he earned Big Ten Swimmer of the Week twice during his collegiate career.

Michigan
2011-2012
As a freshman Ortiz swam in the NCAA Championships. He swam leadoff on the 400 freestyle relay, ultimately finishing ninth overall and earning his first Honorable Mention All-America honors. He then swam as a member of the 200 freestyle relay, earning more honors.

2012-2013
Ortiz won his first NCAA Champion as a member of the 200 medley relay. His sophomore year, he was a six-time Big Ten Champion and Academic All-Big Ten. At the NCAA Championships, he also finished eighth in the 100 freestyle, 10th in the 50, and 16th in the 100 breaststroke – he also swam on four relays.

2013-2014
In his junior season Ortiz had another great showing at the NCAA Championships. He improved his 100 breaststroke, this season finishing seventh overall. Ortiz also tied for 25th in the 50 freestyle, and he once again swam on four relays. At the Big Ten meet he finished third in each individual event.

2014-2015
Ortiz is currently in his senior year as a Michigan Wolverine. At the NCAA meet Ortiz finished in the top eight in each individual event, finishing 4th in the 100 freestyle and 7th in both the 100 breaststroke and 50 freestyle. At the Big Ten Championships his lowest finish was second in the 50 freestyle.