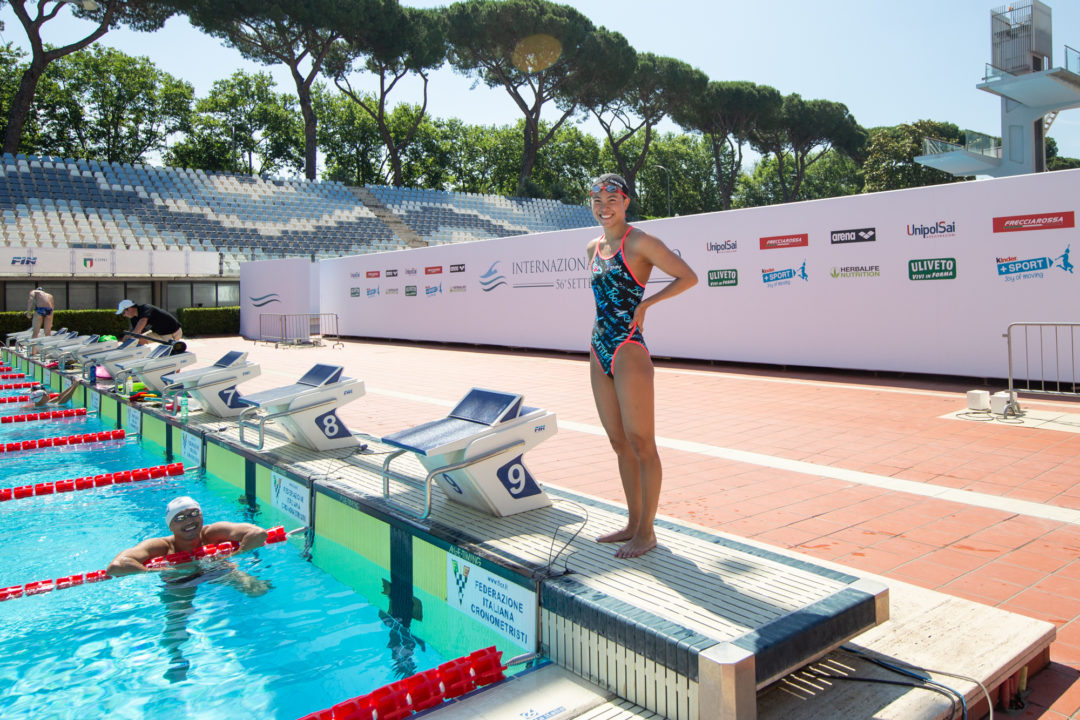 Day 2 of the 2021 Tokyo Metro New Year Meet brought a few notable performances, although the action overall was on the subdued side to start off this calendar year of racing. As we’ve indicated, the Kosuke Kitajima Cup later this month is the true target of most elite’s return to racing, while February brings the Japan Open.

The men’s 100m fly brought a 2-man battle between Nao Horomura and Takaya Yasue, with the pair representing the only swimmers under the 52-second threshold in the race.

Opening in 23.77, Yasue took the lead early but saw Horomura ultimately surge to the wall first, touching in 51.33. That was enough to get ahead of Yasue by .25 to take the gold.

Visiting Spanish swimmer Bruno Ortiz doubled up on his 50m free victory from last night to take another top prize. This time it was the 100m free where the former Michigan Wolverine did the damage, landing on top of the podium in a time of 48.12.

Would-be 100m freestyler Katsumi Nakamura took the meet off from his usual discipline and raced the men’s 50m breast today. After taking the 50m fly title yesterday, he settled for silver this time in a result of 27.77. It was Yuma Nakajima who scored the top time in 27.61 for 50 breast gold.

As for Omoto, the 23-year-old’s time here represents a season-best, overtaking the 2:08.01 she produced at the Japan Short Course Championships last October. As a result, her time here bumps her up the season’s world rankings from slot #15.

Closer to home, Omoto’s time also checks-in as a new lifetime best, maintaining her position as Japan’s 4th fastest swimmer of all-time in the event. Her time tonight represents the 16th fastest performance all-time for her home nation.

Two young teens made some noise in their respective events to close out the meet, with 15-year-old Morita Nana and 14-year-old Maya Tamura taking the 200m back and 100m free events.