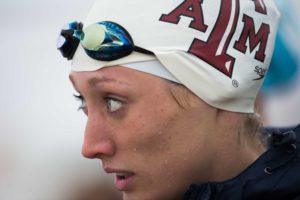 The 200 breaststrokers were the highlight of Wednesday night’s action in Shenandoah, Texas, as Breeja Larson and Thiago Parravicini put up big times in winning Speedo Sectional titles. 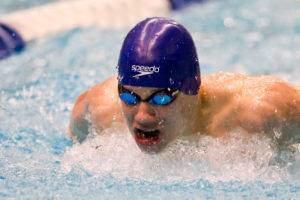 Asphalt Green’s Michael Domagala is part of an incredible class at USC who will have an immediate impact as freshmen. 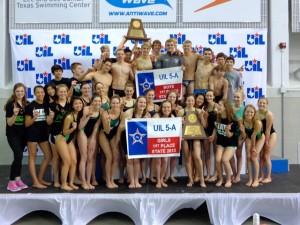 Southlake Carroll has set themselves up as THE team to beat in Texas High School swimming as the boys win their 3rd and the girls their 2nd consecutive state titles over the weekend. (Photo Courtesy © Marylyn Toledo)

Andrew Skowronek
Andrew Skowronek was born Feb. 24, 1995 in San Antonio, Texas. Skowronek is a swimmer for the University of Texas where he is studying business. The six-foot sprinter attended Reagain High School and also swam for the Alamo Area Aquatic Association. Skowronek is on the 2013-2014 Academic All-Big 12 Rookie Team and member of the Big 12 Commissioner’s Honor Roll.