Beyond The Lane Lines: Michael Phelps Joins Up With Golfer Jason Day 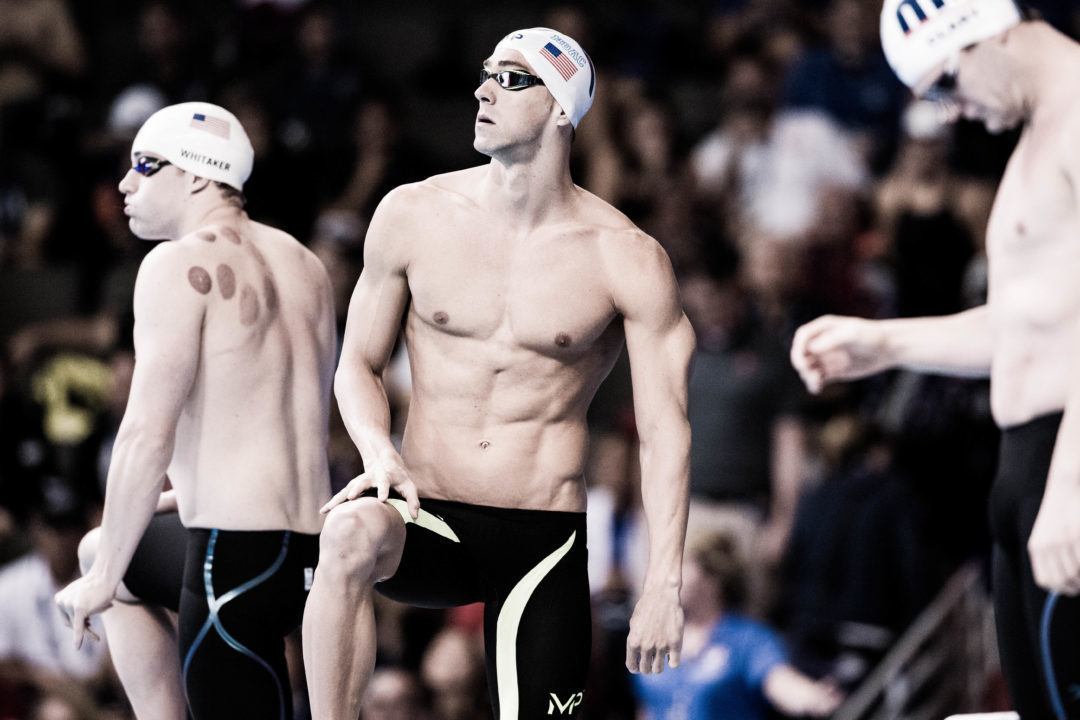 One of Japan Swimming’s World Championships medal threats, Daiya Seto, announced his marriage to a fellow aquatic athlete earlier this month. Seto, 23, married 24-year-old Japanese diver Yuka Mabuchi and took to social media to make the news known to his fans around the world. A mainstay on the international swimming scene for the past several years, Seto won a bronze medal in Rio last summer in the men’s 400m IM and looks to take on both that event, the 200m IM and the 200m butterfly in Budapest.

23-time Olympic gold medalist Michael Phelps has been heavily involved in his on-land ventures since retiring after the 2016 Olympic Games, including spreading the world about his Michael Phelps Foundation. Boomer’s dad recently teamed up with professional golfer Jason Day to raise awareness for their two respective charity organizations via the Golf.Give.Gala. at St. Charles Country Club in St. Charles, Illinois.

Of his goal to eliminate drownings and all water-related tragedies through his Foundation, Phelps said,  “We’re losing way too many kids. And now, being a father, it’s crazy and hard to think how many lose their life in the pool. We’re trying to get as many people as we can to be confident and comfortable in the water, and save as many lives as we can.”

The Aussie-born Day and his wife Ellie started their Brighter Days Foundation six years ago to fight poverty by benefiting the Stowe Mission Center in the Columbus, Ohio area.

Australian Olympian and once 50m and 100m freestyle world record holder, Eamon Sullivan is expecting a baby boy with his new wife, Naomi. Married since April 2016, the couple is expecting their son to arrive in July and shared an ultrasound photo via Instagram. Since retiring from competitive swimming in 2014 primarily due to nagging shoulder and hip injuries, Sullivan pursued his goals within the restaurant entrepreneurship realm. He owns Bib & Tucker, May Street Larder and Louis Baxters food establishments in Perth, Australia.

Mouth open ready for the boob already! Can't wait for my little man to get here… yep having a boy ???#minime #puppasullivan

We reported how 18-year-old Kyle Chalmers has withdrawn from Budapest due to surgery for his SVT condition, relinquishing the opportunity to double up on a World Championships gold medal to go along with his 100m freestyle gold from Rio. He and his coach cited several episodes of rapid heart beats that led them to the decision to pull out of Worlds and take things easy, but not before Chalmers had a chance to pair up with younger brother, Jackson, for some football.

Earlier this month, Chalmers joined Jackson’s Phantoms squad to score 5 goals over two games to earn team wins over rivals Edwardstown and Flinders Park. The son of former Port and Crows footballer Brett Chalmers, Kyle grew up playing football in his hometown of Port Lincoln, but wound up giving up the sport to pursue his swimming career full-time. Flashback to 2015 when Chalmers was almost forced to pull out of the World Championships in Kazan due to injuries. In his XVIII Australian Football League (AFL) game debut for Immanuel College in Spring of 2015.