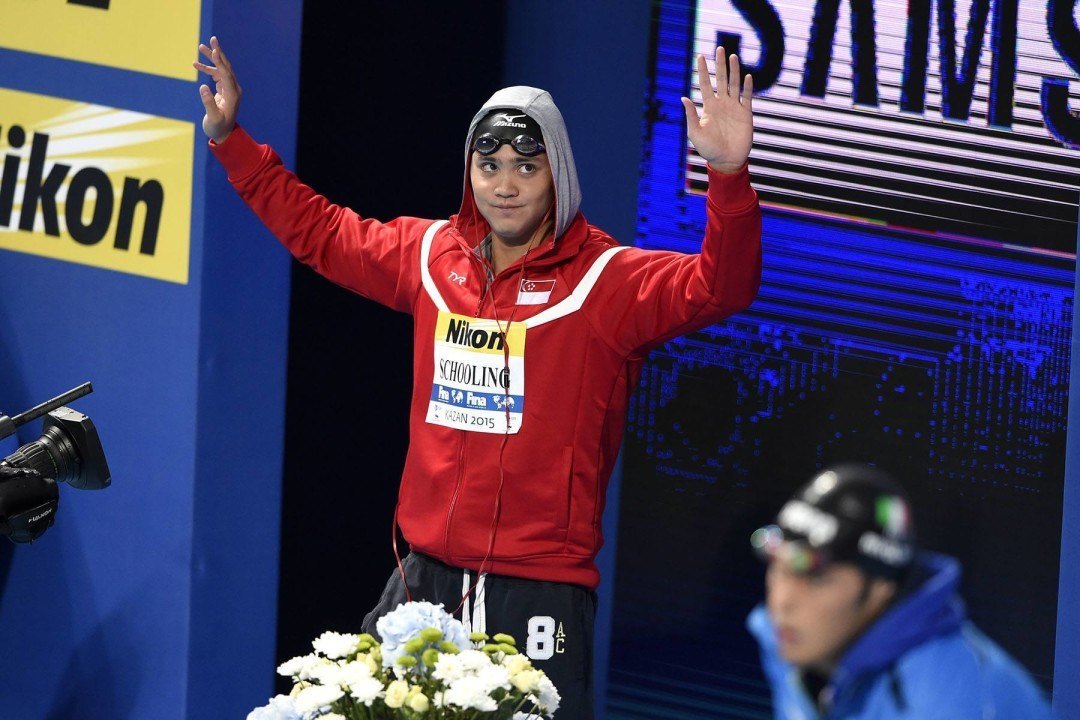 Joseph Schooling, Singapore's first-ever Olympic gold medalist in swimming, will have an Aussie at the helm of his nation's swimming program. Archive photo via Mike Lewis/Ola Vista Photography

Six months after Singaporean Gary Tan was announced as Sergio Lopez’s replacement as the National Training Centre Coach, Australian Stephan Widmer has now officially been appointed as Head Coach at Singapore Swimming. Tan and Singapore Swimming Technical Director Sonya Porter will report to Widmer, who is set to assume his new role mid-June.

With more than 24 years’ coaching experience, including the guiding of Olympic Champion and World Champion Libby Trickett, World Champion Leisel Jones and additional Olympians in Christian Sprenger and Jessicah Schipper, Swiss-born Widmer earned an Order of Australia (OAM) for service to swimming as a coach in 2010. He was also named Australia’s Coach of the Year 4 times.

Says Tan of his new boss, “He brings a wealth of experience in terms of coaching methodology which would enhance our coaching ecosystem here. Along with him and Sonya, we will have a unique opportunity to steer Singapore swimming forward in line with our high performance objectives.”

Singapore Swimming President Lee Kok Choy states, “We launched our Swimming High Performance Plan earlier this year. The plan was a blueprint for long term development and success for swimming… we believed that Widmer’s calibre and proven track record in grooming world-class swimmers and coaches would allow us to reach that goal.”

50-year-old Widmer will be based at the OCBC Aquatic Centre, with the Aussie leaving his behind his current post as the Head State Coach of Queensland. Swimming Australia will now begin to look for a replacement.

Of his new role as Head Coach of Singapore, Widmer says, “It is an extremely exciting move and I am looking forward to the journey ahead.

“Singapore is geographically much smaller which will be a huge benefit for me and my new team in terms of ease of access to squads and ability to get around. Singapore has some outstanding swimming & coaching talent, I know I will be able to add essential World class expertise and experience.

In terms of what he’ll tackle first, Widmer says, “My aim will be to carry on some of the work I’ve done in Australia with coach development and developing high performance areas because I think this will make a massive difference and be a real investment for the sports future.

“This will come from continuous coach education and education that is practical and integrated into events. My goal is to increase knowledge sharing and ultimately lift the standard of swimming and coaching.”

Australian Head Coach Jacco Verhaeren wishes Widmer well, stating, “Stephan has shown his world class quality as coach and head coach of Queensland and his knowledge, experience and ongoing search for innovation in the sport will be missed.

“But from my own experience I do understand why he wants to experience a different culture and working in a different system, I hope at some stage he will return to Australia with even more knowledge and experience.”

Singapore’s highest profile swimmer is primarily American-trained Joseph Schooling, who became the nation’s first-ever Olympic gold medalist in swimming last summer by winning the men’s 100m butterfly event. Even with Lopez at the helm through Rio, Singapore brought only 3 swimmers to the 2016 Olympic Games, its smallest contingency in over 30 years.

Well, Stephan is actually Swiss. You can see his times from his youth here:
https://www.swiss-swimming.ch/leistungssport/swimming/swimrankings?page=athleteDetail&athleteId=4014210

To be more precise, he has also the Australian nationality. A great coach with a great challenge. Hopefully Joe will benefit from his training methods.

Joe will continue to train with Eddie and wont be remotely impacted by this.

So what is Gary’s role?