Ben Proud On 50 Fly Semi-Final: I Could Feel Caeleb’s Splashing 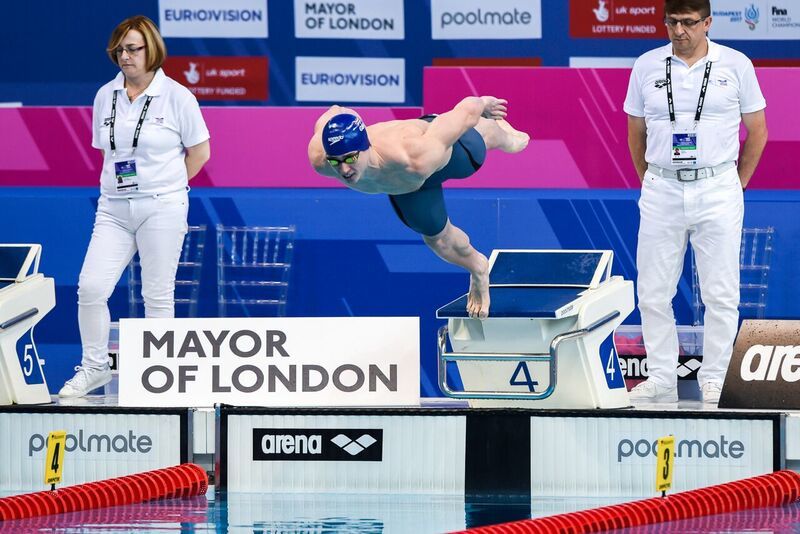 "I'm happy with that swim because it wasn't perfect," says British speedster Ben Proud of his 50m butterfly semi-final in Budapest. Archive photo via Peter Sukenik/www.petersukenik.com

Tonight’s 50m butterfly semi-finals were each less than 24 seconds of pure fury, as the field was narrowed down to the top 8 speedsters in Budapest. Among them was British national record holder Ben Proud, who notched a swift mark of 22.92 for the 4th seed headed into tomorrow’s final. The 22-year-old Energy Standard swimmer was one of 5 swimmers to delve into the sub-23 second territory in the two semi races tonight.

“I’m happy with that swim because it wasn’t perfect,” says Proud in the interview below. “My start was a little bit off.”

Proud holds the British national record in this event with the 22.80 clocked at his national championships this past April. With tonight’s outing, Proud is within record-breaking territory sitting just .12 off that mark.

“In a 50, you keep your head down and you swim your own swim. My focus is just keeping on my own race.”

Hear what @BenProud had to say to @BBCSport after qualifying 4️⃣th fastest for tomorrow's Men's 50m Butterfly Finalpic.twitter.com/xsvsz948zJ

And the award for ‘Most British Teeth’ goes to…

Eager to know who will be the 50 fly medalists today!

B proud of this guy.