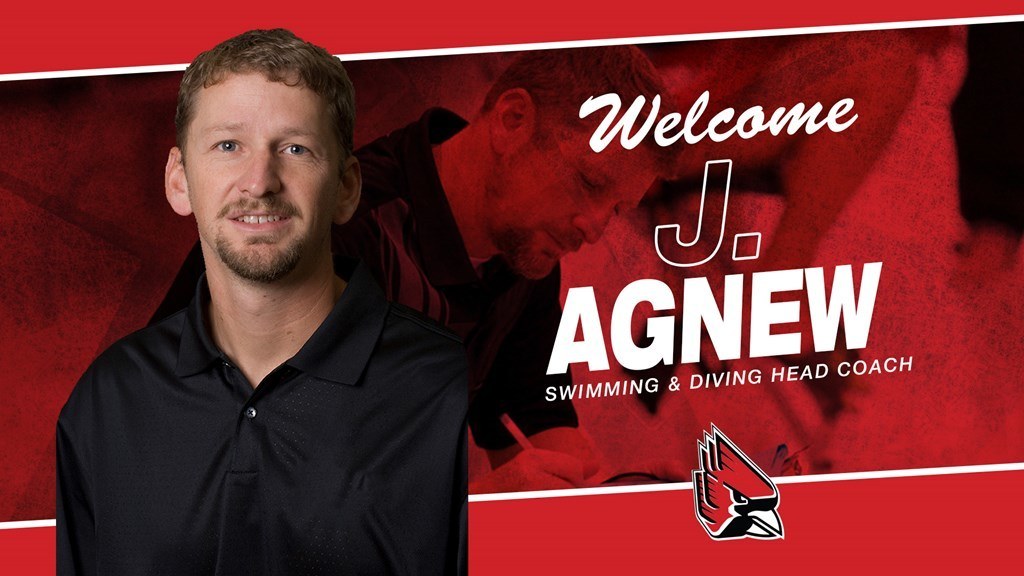 Ball State University in Muncie, Indiana has announced Jeremy Agnew, also known as “J.”, as the first head coach of its newly-combined men’s and women’s swimming and diving program. Agnew won’t have to move far for his new home: he comes to the program after 11 years as an assistant with the Purdue men’s team. The two campuses are located only 2 hours apart.

The new job is a return home for Agnew, who earned his bachelor’s in mathematics in 1996 and master’s in educational leadership and supervision in 2008 from Ball State. His wife, Kelly, is also a Ball State double-alumnus. The pair’s oldest daughter, Haley, is beginning her freshman season at Purdue, while their younger daughter is entering her sophomore year in high school.

He takes over a program that was previously split into separate men’s and women’s teams with their own head coaches. Bob Thomas retired this off-season as men’s head coach after 39 years with the program, while women’s head coach Kristy Patterson’s contract wasn’t renewed after last season.

“I am confident that J.’s experience as a proven recruiter, his commitment to the overall development of student-athletes, and his passion for Ball State make him the perfect fit to lead our men’s and women’s swimming and diving programs to greater heights,” Ball State Director of Athletics Beth Goetz said. “We are excited to welcome J. and his family back to the Cardinal community.”

In his time at Purdue, the men’s program qualified 12 swimmers for the NCAA Championships.

Prior to his time at Purdue, he coached with Yorktown High School and the Yorktown Swim Club, located less than 10 miles from Ball State’s campus. His 7-year tenure with the program resulted in 8 individual high school state champions and 22 NISCA All-Americans. The Yorktown girls were runners-up at the 2006 Indiana High School State Championship meet, while the boys earned their only top-10 finishes in school history in 4 of his 7 seasons there. Kelsi Hall was a three-time state champion in the 50 free for Yorktown, with the first two of those coming with Agnew as head coach.

With student-athletes returning to campus in the coming weeks, Agnew will have a short turnaround to build out his staff and get situated in Muncie.

The Ball State women finished last in the Mid-American Conference (MAC) Championship standings in each of the last 5 seasons. In Patterson’s first year leading the program, they were 7th out of 8 teams, but haven’t placed better than 8th since. Ball State has been in the conference’ bottom 3 every season since placing 4th in 2005.

The Ball State men also finished last, out of 6 teams, at last year’s MAC Championship, and have been in the bottom 2 of the conference every season since 2005.

Congrats to J and family! An incredibly hire than Purdue was fortunate to have for a long tenure.

Boiler Up and “Chirp Chirp”

Congratulations to my long time friend and fellow coach. Well deserved and best of luck at our alma mater!