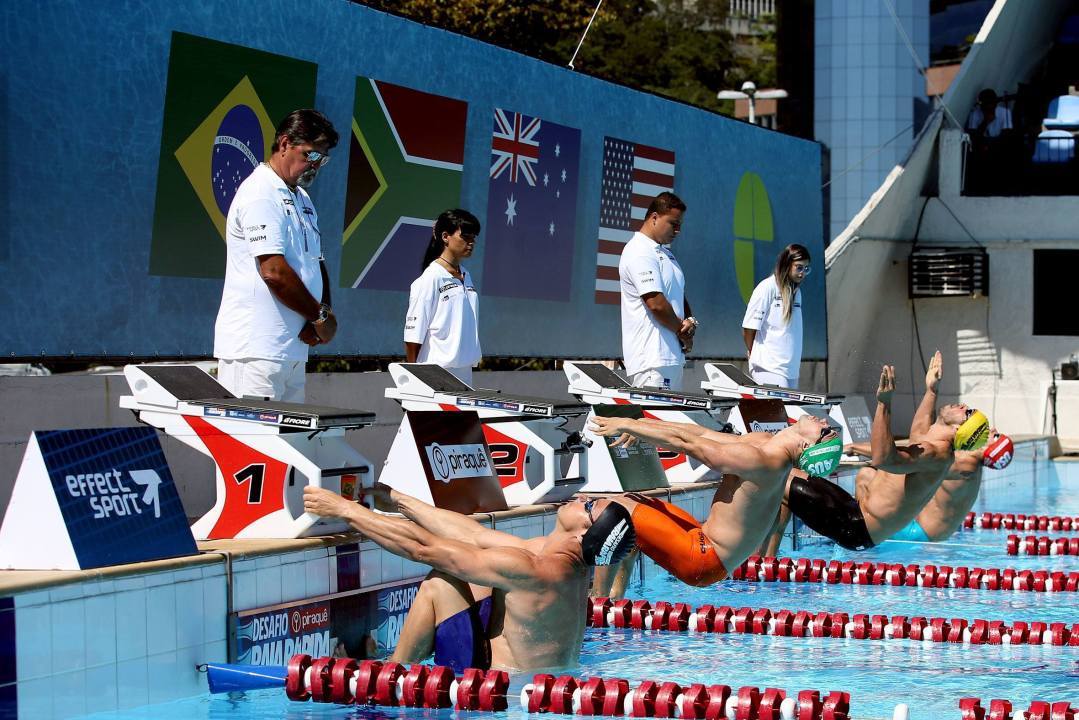 Just a few weeks after publicly criticizing the projected late start times for swimming events at the 2016 Olympic Games, Australian Olympic Committee President John Coates has come out in favor of the adopted schedule. Archive photo via Satiro Sodre/SSPress

Just a few weeks after publicly criticizing the projected late start times for swimming events at the 2016 Olympic Games, Australian Olympic Committee President John Coates has come out in favor of the adopted schedule.

The original plan put forward by Olympic organizers and FINA in October called for swimming prelims to start at 1pm local time and finals to swim at 10pm in order to accommodate American TV broadcasters.

Several nations, including Australia and New Zealand, publicly came out against the schedule, citing concerns about athlete welfare under the proposed schedule. But the Chicago Tribune reported over the weekend that Australian Olympic Committee President Coates has officially reversed course, and now supports the late start times.

You can read the full Chicago Tribune story here, but here is what Coates had to say:

“It has been explained as to where the interests of the swimmers are, and the interests of the sport, and the point has been made that I wasn’t aware of earlier  that the times for the heats have been similarly put back two hours, so there is the same gap between.  (And there is) the fact the (Olympic athletes’) village is open for dining 24 hours.”

That comes a day after the International Olympic Committee officially confirmed the later start times for swimming, as reported by the associated press.

Of course that’s the Australian Olympic Committee. I have a hunch Swimming Australia might see things differently. 😉

Who paid them off? Was it NBC directly, or did they do it through Australia Seven?