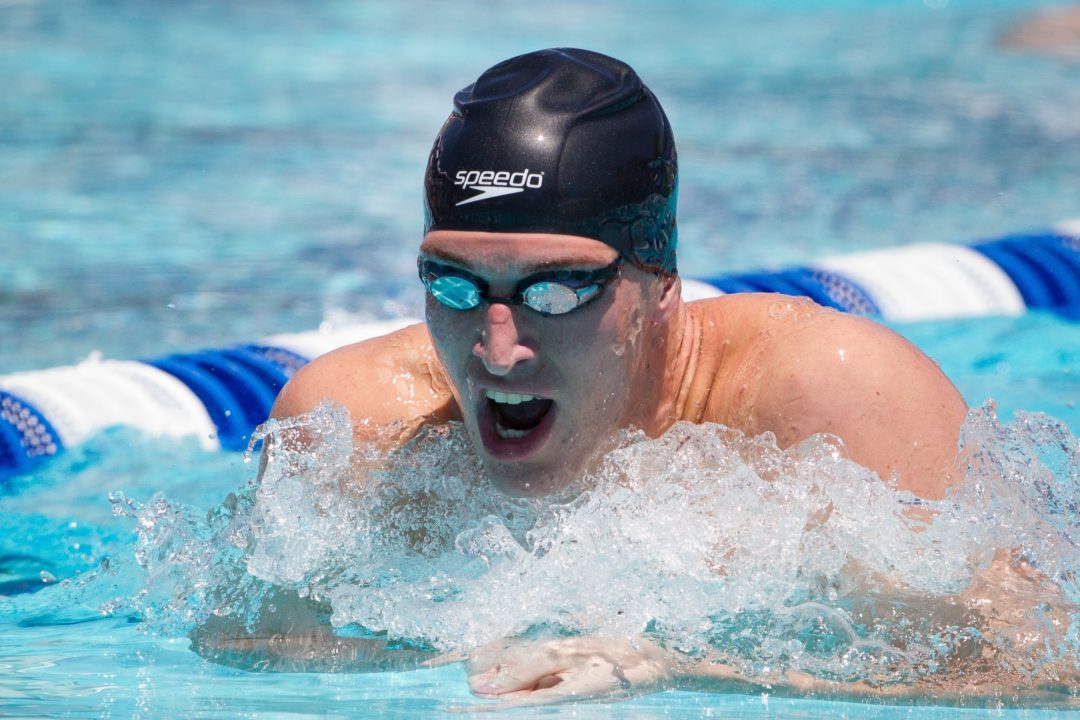 Surhoff swam to a 22.87 in the 50 free, going a lifetime best. Moreover, it was an Olympic Trials cut, easily getting under the standard of 23.19. Archive photo via Tim Binning/TheSwimPictures.com

Like most of the winter invitationals we’ve covered this NCAA season, Princeton ended theirs with a long course time trial session today for anyone looking to snag Olympic Trials cuts or get some LCM racing in.

Among those competing yesterday was Johns Hopkins assistant coach Austin Surhoff, the 2010 NCAA 200 IM champion and University of Texas alumnus. Surhoff, a Baltimore native (his father played for the Baltimore Orioles in the MLB), graduated from Texas in 2014, then coached at Johns Hopkins for 2017-18, the University of Virginia for 2018-19, and then moved back to JHU for this season.

As far as the 50 free rankings go this season (starting September 1, 2019), Surhoff ranks 17th amongst Americans.

At the time trials this morning, two Denver standouts were a bit quicker in the 50 free. Junior Cameron Auchinachie hit an OT cut of 22.53, erasing his old best of 22.71 from the 2019 U.S. Summer Nationals. Auchinachie’s first time under 23.0 came almost exactly a year ago when he went 22.81 at the LCM time trial after the Tennessee Invitational, and he’s been faster than that in all three swims since then.

I remember how insane his times looked as a HS freshman. Glad he’s still in it!

Maybe trying to join the ISL?