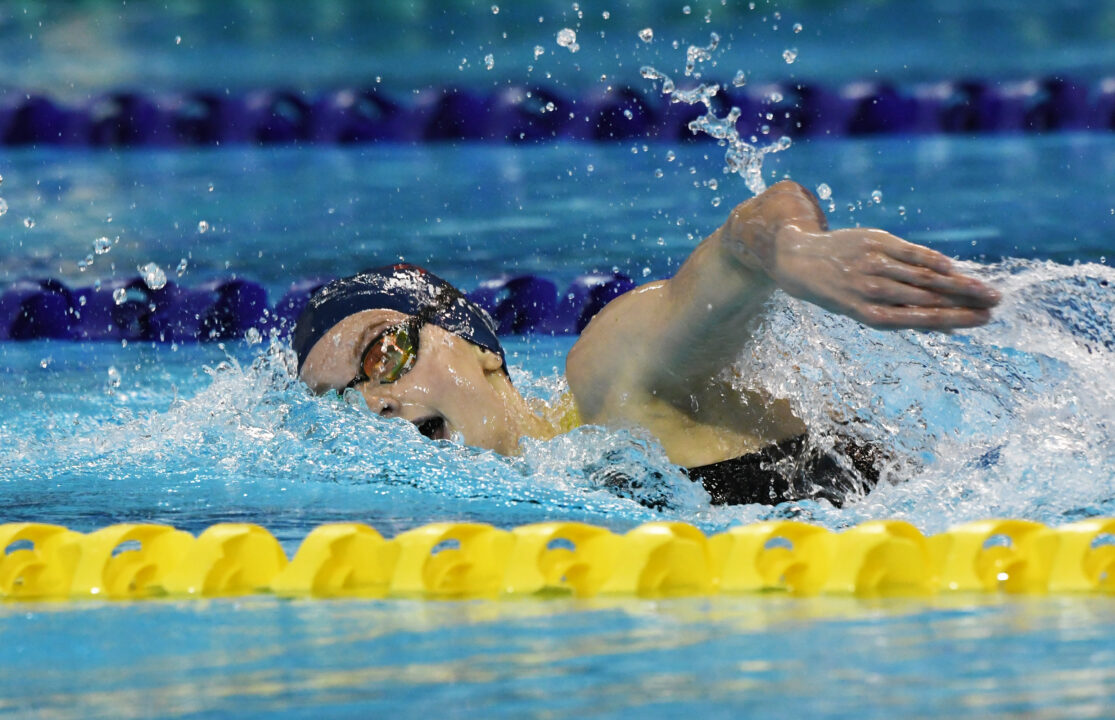 While not as stunning as her 400 IM swim in March, McIntosh delivered one of the fastest swims we've ever seen from a 15-year-old in the women's 200 IM. Archive photo via Swimming Canada/Scott Grant

There are only a handful of swimmers who have been bigger headline-grabbers over the last 12 months than Summer McIntosh, as the Canadian teenager emerged last summer as an Olympic medal threat at the age of 14 and has had an explosive start to 2022.

Although it came one month prior to Canada’s World Championship Trials, the highlight of McIntosh’s year thus far was her jaw-dropping performance in the 400 IM, where the 15-year-old clocked 4:29.12 to become the third-fastest swimmer in history.

Having set such a high bar for herself, it’s easy to give a slight nod of approval and move on when she has a good swim that’s maybe not of the same magnitude as some of the others—one that would be a big deal if she hadn’t done what she’s done.

Such a case can be found in her swim last weekend at the final stop of the Mare Nostrum Tour in Canet, where McIntosh, after finishing eighth in the race in Barcelona, won the women’s 200 IM in a time of 2:10.75.

The swim marked a new best time, improving on the 2:12.71 she swam three days earlier in Spain, and also moved her up into a tie for 10th in the world this season.

It also made McIntosh the fourth-fastest Canadian woman ever, and is also quicker than one of the Canadian entrants for the World Championships, Mary-Sophie Harvey, went at the Trials in early April (2:10.98).

If we venture outside of Canada, McIntosh’s swim would also hold up extremely well in the all-time U.S. age group rankings.

So while it may not be her specialty, and wasn’t the most eye-popping time we’ve seen her produce lately, McIntosh’s 200 IM swim stacks up extremely well and is simply another sign of her incredible talent and versatility.

Wouldn’t/Shouldn’t/Couldn’t McNeil be insanely fast on the 200IM?

She has exercised-induced asthma and so just sprints.

I mentioned that last week, that she might as well win the 200 medley so we can get it out of the way as one of her so-called off events. Summer can get comfortably below 2:10 soon. Heck, she describes herself as a medley swimmer. Summer doesn’t have lots of standard posts on Instagram but she does include many shorts on the areas above. In the “swimswim” section there is a video in which she introduces herself and says, “I swim the IMs, the freestyles, and a little bit of fly.”

Summer is coming from Etobicoke swimming (eswim). That’s her fundament. They insist on all kids swimming all strokes as long as possible, postponing specialization to a very late age