Another South American, Brazilian Record for Etiene Medeiros in the 50 Free 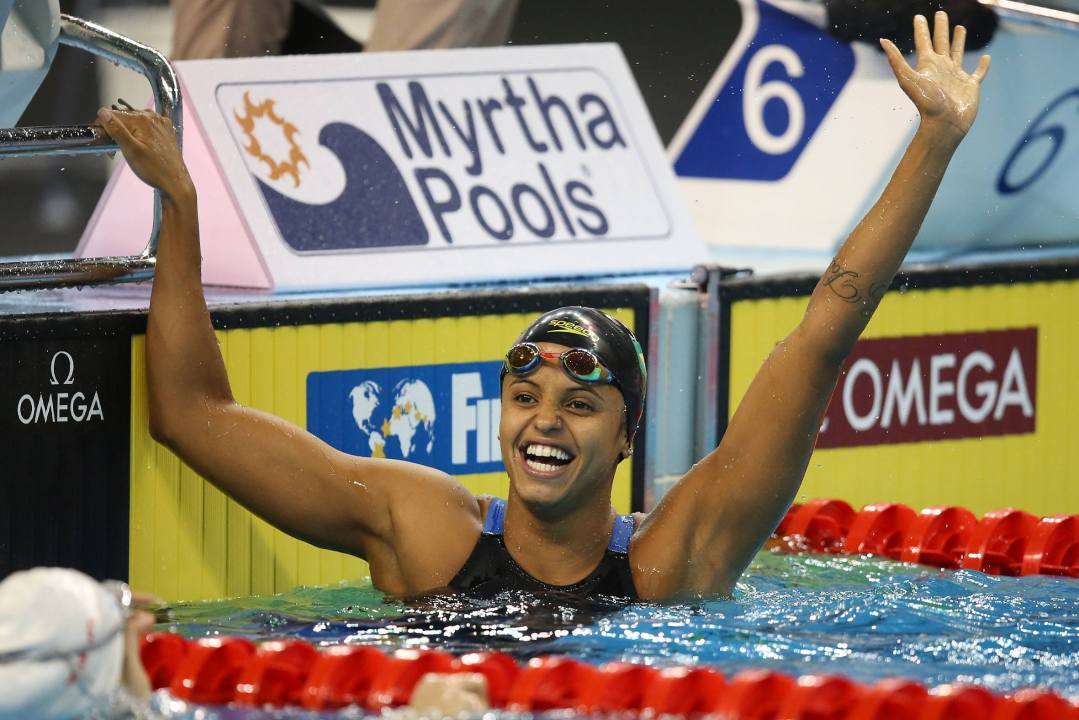 Etiene Medeiros (above) rounded out day four of the Pan Am Games with a gold and silver medal. Archive photo via Satiro Sodre/SSPress

Earlier tonight, Etiene Medeiros broke three records in one race, winning gold in the 100 back to break Pan Am Games, South American, and Brazilian records. She also pushed herself up to the 6th best time in the world in the event after not even being in the top 25 prior to this meet.

In the 50 free A final, Medeiros raced to a silver medal in a time of 24.55, which dismantles (relatively so, this is a 50) her own South American and Brazilian record of 24.74. That time was swum at the Brazilian Open in late December of 2014, and she was just one hundredth off of it at 24.75 in prelims today to set the Pan Ams record. Of course, Bahamian star Arianna Vanderpool-Wallace took a sledgehammer to that record with a 24.31 just two heats later, but Medeiros swam fast in finals to finish just behind AVW when medals were on the line.

Medeiros now ranks as the 8th fastest 50 freestyler in the world this year, which bodes well for the upcoming World Championships, as the Brazilian women will try to make some noise after swimming a fantastic program thus far in this Pan Am Games.

We posted an article last December about the improvement trends in Brazilian women’s swimming over the last ten years, and it’s great to see how well they have done at this meet with just over a year of preparation left for the 2016 Rio Olympics. The Brazilian men are perennial world powers in swimming, and have been for years, and now it seems that the women are starting to steal some medals from regular powerhouse nations on the international level.