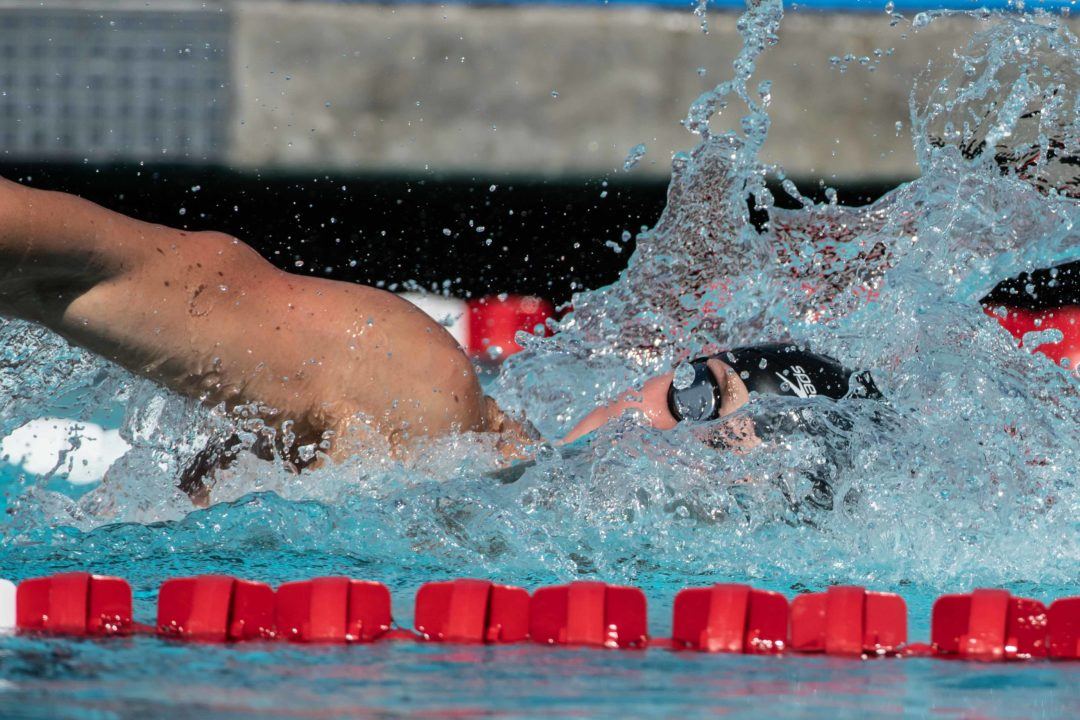 It was a long time coming, but Andrew Seliskar finally had that breakthrough long course swim he’d been waiting for.

The 21-year-old showed a ton of potential and promise early in his career, coming out of high school as the #1 ranked recruit in the class of 2015 with some mind-boggling personal bests across the board. Swimming at the 2014 Junior Pan Pacific Championships in Maui, Seliskar won five gold and one silver medal, including three individual titles in the 200 fly, 200 IM and 400 IM. Shortly after, he committed to Cal.

He’s found success over his first three years with the Bears, including 2nd, 3rd and 5th place finishes individually this past March as a junior, but hasn’t really put it together in the big pool. His 200 fly and 400 IM best times remain from those Junior Pan Pacs (equalling the 200 fly time in January of 2015), and his 200 IM PB stands from 2013. He did compete internationally at the 2015 World University Games, but his highest individual finish was 8th.

After the 2016 Olympic Trials, where his highest finish was 7th in the 200 IM, Seliskar didn’t compete in long course again until May of 2018 (with the exception of one 100 breaststroke swim on record from April of 2017).

His absence from last summer’s World Trials may have confused some fans, but the break looks to be paying dividends. Since diving back into the big pool at the Speedo Grand Challenge, the rising senior has seen steady progress. In-season he saw personal best times in the 100 fly and 200 free, and also had solid showings in the 200 fly and 200 IM.

At Nationals, he started things off with a solid swim of 1:56.73 in the 200 fly, his fastest since March of 2015, and opted to scratch the B-final after placing 11th in prelims to prepare for the 200 free on day 2. With four Pan Pac roster spots on the line, it would be his best opportunity to make the team.

In the final, swimming in lane 4 alongside heavy hitters Townley Haas, Blake Pieroni and Conor Dwyer, ‘Yung Seli’ didn’t flinch, staying relaxed early (turning 5th at the 100, though it was still fast in 51.38) before exploding with a 26.84 split on the third 50, the fastest in the field. He held strong coming home, recording the second-fastest split at 27.48 to come in for the win in a time of 1:45.70.

The way he swam the race was reminiscent of peak Ryan Lochte in 2011, staying in contact with the leaders through the 100 before pouncing on that third 50 and essentially winning the race right there.

Since the Rio Games, only Haas has been faster than Seliskar in this event amongst Americans, as it looks as though he’s found a new primary event. Four years after putting on a show at the Junior Pan Pacs, he finally busts through by making the Pan Pac team, and has set a very high bar for the likes of Haas, Pieroni and Dwyer to chase down in Tokyo (for a spot individually at the World Championships next year).

Unlike other events, where the top-2 combined from Nationals and Pan Pacs make Worlds, the top-4 make it in this event for the relay, so barring some insane swims in Tokyo, Seliskar is as close as it gets to locking up a spot on the 2019 World Championship roster. Oh how things can change with one swim.

Yung Seli. Go Bears! Happy to have all of his work and consistency finally pay off for him.

So glad he has persevered! A victory richly earned!