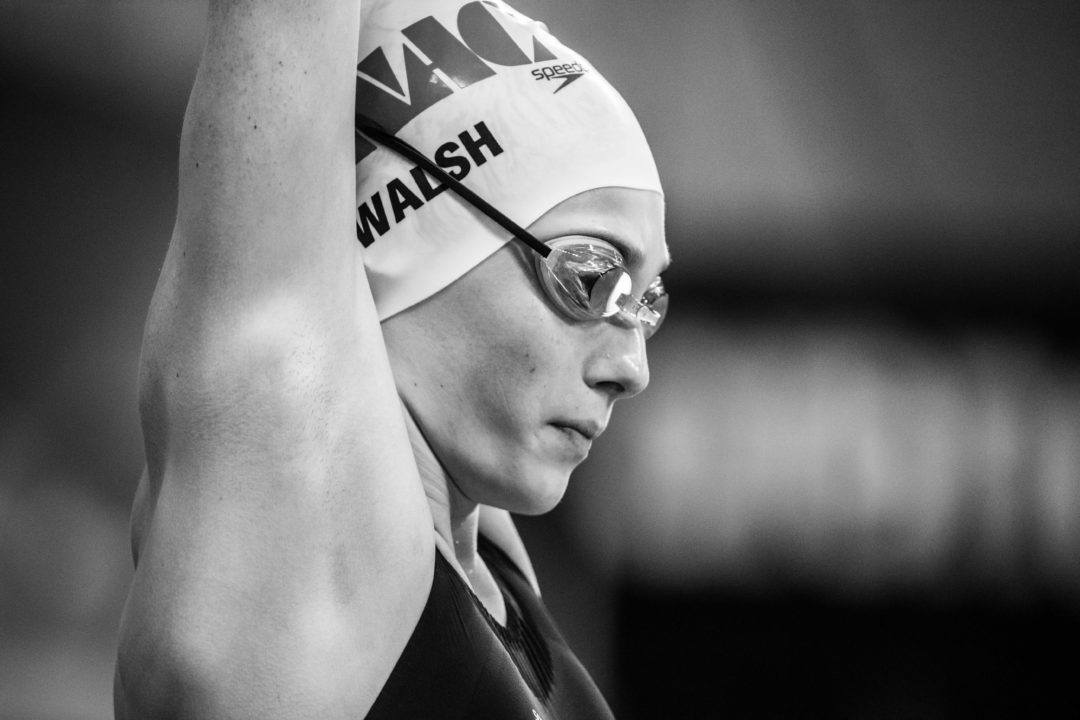 SwimSwam sat down with the two sisters to get a sense of how their relationship affects their performances in the pool.  Current photo via Mike Lewis/Ola Vista Photography

In the last 6 months, swim fans have been wowed by the performances by both now 17-year-old Alex Walsh and now 16-year-old Gretchen Walsh of Nashville Aquatic Club. From summer nationals to Jr Pan Pacs to Winter Jrs and most recently the Southern Premiere, these girls have dropped both time and National Age Group records left and right. After filming a Practice + Pancakes with the Nashville Aquatic Club, SwimSwam sat down with the two sisters to get a sense of how their relationship affects their performances in the pool.

Very similar to many sets of siblings, specifically swimming siblings, between school and swimming the two sisters spend a lot of time together. They train together, race together, and recover together. Admittedly, during workouts things can get very competitive and at times heated between the two, especially when one touches the wall before the other during a race effort or hard set. Gretchen said that the rivalry sometimes goes too far and the anger from a loss in the pool after a hard day of training can get taken outside of the pool. However, she also knows that this healthy competition makes both of them better in the long run.

Alex recently committed to swim in college at the University of Virginia, following in the footsteps of her current NAC teammate and high school senior Ella Nelson. For Gretchen’s part, she has learned a lot about the recruitment and school-searching process through watching Alex go through it. Gretchen knows that Alex made her decision to commit to UVA based on what Alex thought was best for herself, and Alex mirrored this sentiment. When considering what school she might choose, Gretchen says she will use a similar decision-making process, and if they end up in the same school, that would be an added bonus.