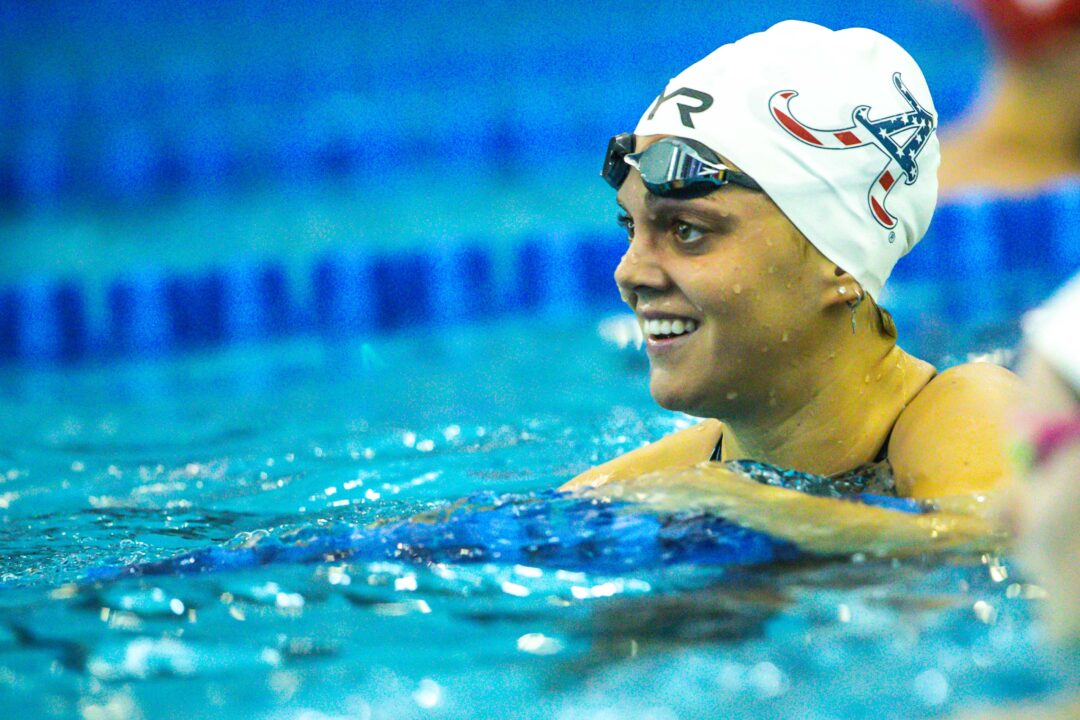 The Alabama women will travel to Fayetteville, Ark., to take on Arkansas, while the men are set to take on Delta State in Cleveland, Miss. Archive photo via Jack Spitser/Spitser Photography

TUSCALOOSA, Ala. – The Alabama swimming and diving squads take to the road to open their respective 2022-23 seasons on Friday, with the women traveling to Fayetteville, Ark., to take on Arkansas, while the men are set to take on Delta State in Cleveland, Miss.

The Alabama women, who finished a program-best fourth at the 2022 NCAA Championships, will face off against the Razorbacks in the Arkansas Natatorium starting at 3 p.m. CT. The Tide last faced Arkansas, which does not field a men’s team, during the regular season in 2014, with Alabama coming out on top 149-113 in Tuscaloosa. The UA women opened last season with a 217-78 win over Delta State in Tuscaloosa.

The Crimson Tide men, who finished 14th in the nation last season, will open the season against the Statesmen for the second year in a row and 10th time in the past 11 seasons. The meet will be held in the Mayers Aquatic Center, getting underway at 2:30 p.m. CT. The Tide men downed DSU 223-72 in Tuscaloosa to open last season.