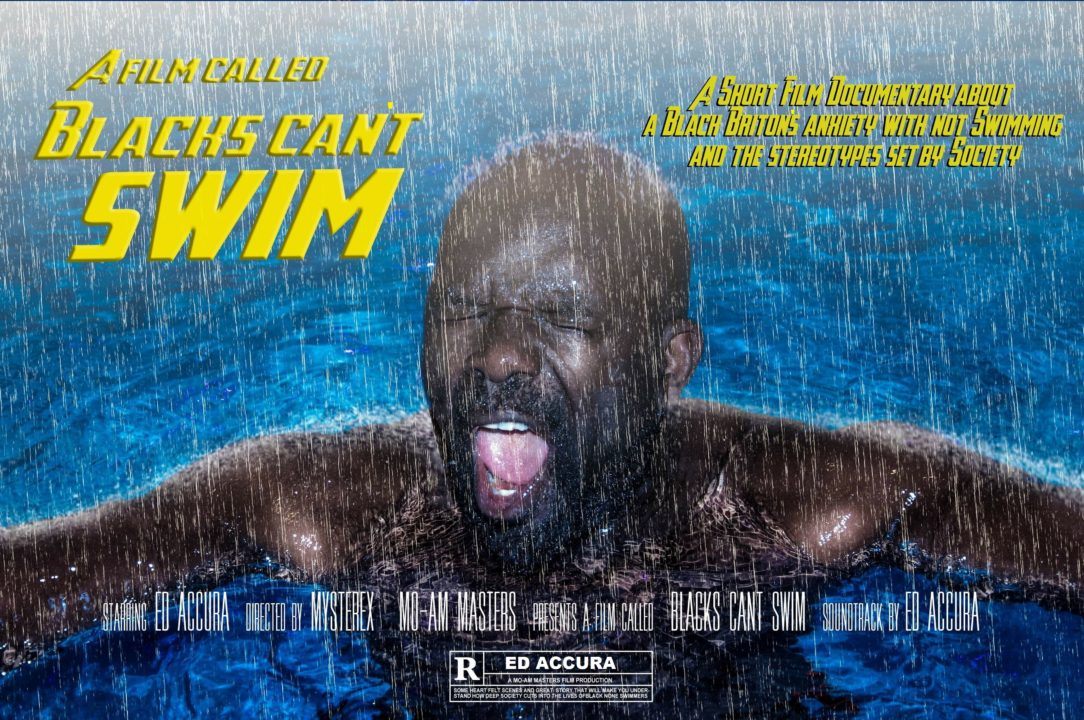 The opinions in this article reflect that of the author, and do not necessarily reflect the thoughts of SwimSwam.

Ed Accura is not a swimmer, but in his new documentary A Film Called Blacks Can’t Swim, he provides incredible insight into one of the ongoing problems in swimming, both as a sport and as a lifesaving skill: a lack of racial diversity.

Not all of the ideas are necessarily new: the concept of the generational aversions to the water have been told over-and-over again. But Accura’s interviews are still intriguing, as it has adults, who like himself can’t swim, talking not about their beliefs of broad cultural trends, but about their own personal experiences, and why they never really learned to swim. He also interviews a few black adults who had parents that were very good swimmers, especially in other countries (often islands), but that was not passed on to them – indicating other factors in play.

The interviews are laid against a creative backdrop splaying out the exaggerated fear of a black man, in a world being increasingly struck by catastrophic flooding, and the refusal to remove his life vest at the behest of a bodyless ‘society.’ This is almost a 3rd layer of commentary on the whole matter – that there’s this real risk, borne out statistically, of drowning in minority communities because of the lack of abilities to swim, that are scary, like his character is when dealing with ‘society’; and when interviewed, the interviewees are almost casual about it, as though it’s never bothered them that they didn’t learn how to swim.

But there’s some hope: several of the people he interviewed, including those who don’t swim, have children that swim, and in some cases swim quite well.

The film finishes with Ed Accura himself, wading into the waters of his first swim lesson, to face the demons with which he dealt throughout the movie. And that’s not a ploy – Accura says that he’s now 6 lessons in, and is ‘absolutely loving it.’

I applaud any effort to discuss and work on issues of diversity in the sport or swimming as a life saving skill. https://blackkidsswim.com/about-black-kids-swim/

i am glad to see more of the african diaspora taking its place in the swimming world…recently cullen jones, simone manual and alia atkinson have set world records..i went to HBCU Morehouse and many have swim teams for years..historically there are books about america discrimination and swimming…In fort lauderdale SHOF there was exhibit on africans as some of the best swimmers…will watch movie after my ocean mile with Rob Strauss…better to swim in Miami!!

I can only say, this movie is a positive move into a direction of converse and action it will surely inspire the community to get off their butts and take up a skill that could one day save their life, using your hair as an excuse, their are solutions so no more futile excuses of not wanting to get your hair wet.