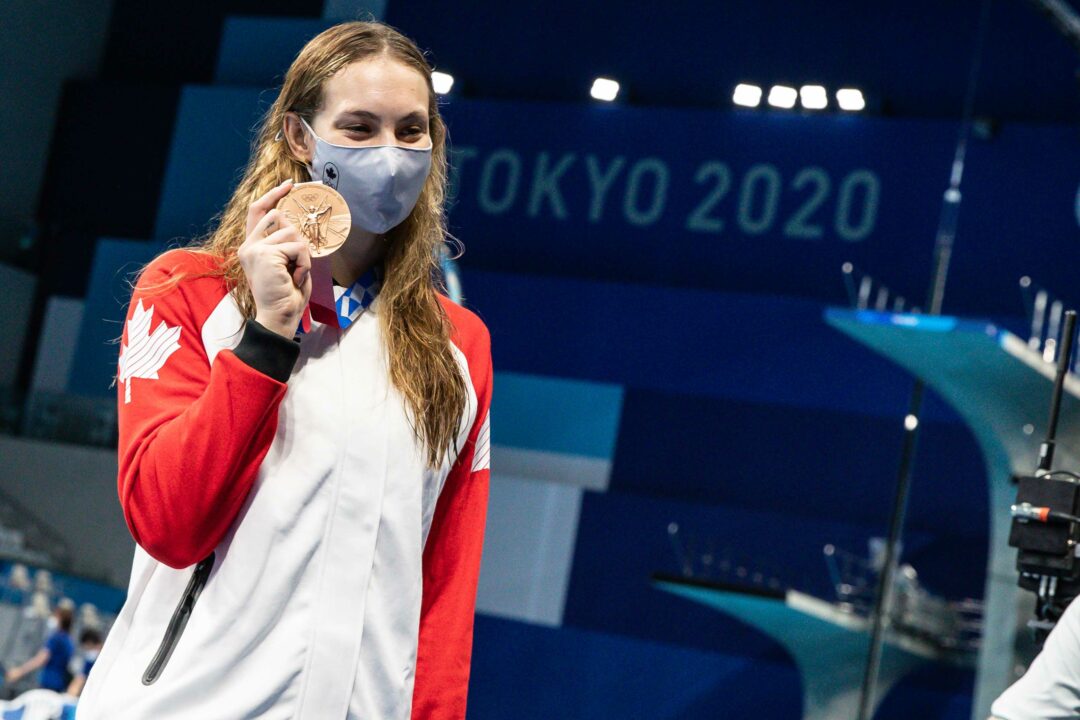 This Penny is GOLD 🥇🇨🇦

Later on during Saturday’s game, Oleksiak discussed what it was like training for the Olympics through the pandemic.

penny oleksiak is impossible to not adore pic.twitter.com/sl90SWzHhM

The 21-year-old Oleksiak is now Canada’s most decorated Olympian. She surpassed speed skaters Cindy Klassen and Clara Hughes, who each had six Olympic medals (Hughes also competed in cycling), and sprinter Andre De Grasse also reached six medals in Tokyo. Oleksiak won four medals at the 2016 Olympics, including tying Simone Manuel for gold in the 100-meter freestyle, then picked up three more medals in Tokyo. Her other individual medals include silver in the 100 fly in Rio and bronze in the 200 free this year.

Oleksiak comes from a sporty family. She’s the youngest of five siblings including Jamie Oleksiak, an NHL defenseman who was recently selected by the Seattle Kraken in the 2021 Expansion Draft. Multiple other siblings played collegiate sports, as did her father, and her mother set age-group swimming records in Scotland.

delightful stuff we need every morning to start the day….

I don’t think the Jays are going to sign her to a contract, but she got it there!

Yeah, that one was ugly….

Looking back at her career, she sure knows how to peak at the right time.

You’re saying this is the peak? She’s still in her early 20’s. I think she has the potential to have the longevity of Sarah shoestring and her best races are still in front of her and not behind her.

“Looking back at her career” was maybe an unfortunate choice of words. Certainly don’t mean to imply she’s finished in any way. Simply saying that so far she’s hit her peaks at the Olympics.