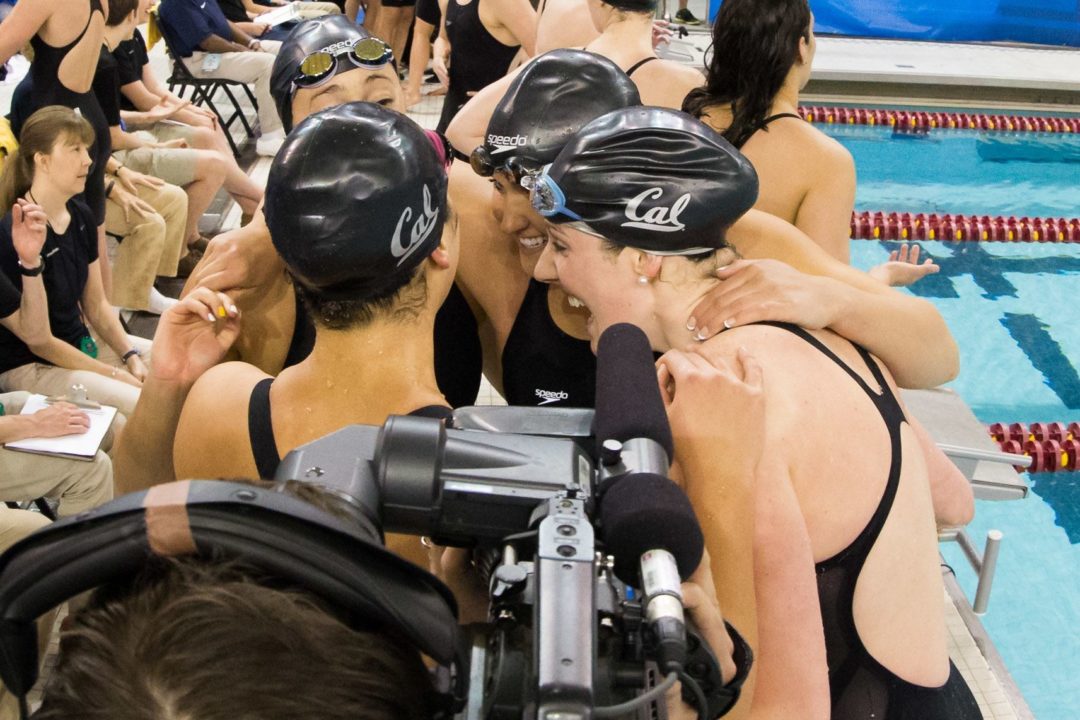 Retaining their overall pick ’ems lead after day four was McG_H2O, now 6 points ahead of Nathank and retiredswimmer97.

With sprinters Abbey Weitzeil and Olivia Smoliga stepping up, Simone Manuel needs to drop at least a second to defend her Olympic gold in Tokyo.

The annual day was started by the Women’s Sports Foundation, an organization founded by Billie Jean King in 1974.

So here are seven reasons why scheduling a screening of TOUCH THE WALL is a great way to celebrate:

The women in TOUCH THE WALL show that they work every bit as hard as men.

Go back. Missy Franklin off the start in the 200 backstroke (photo: Mike Lewis, Ola Vista Photography)

Because it’s about women swimming, and we need a lot more of that.

It shows women can be close friends and fierce competitiors.

Missy Franklin and Elizabeth Pelton were the top two finishers in the 200 backstroke. Their times stand as the top two times in the world for 2013.

The women in the film show you how to set goals and be a winner against the odds.

Most films about sports focus on male subjects.  There are very few films that show female competitors in any sports…let alone swimming.

Because the subjects represent women who are leaders and roles models.

Because if you have’t seen a film about swimming, you should, especially TOUCH THE WALL. You’ll love it!

Each year, thousands of people across the country, from coaches and athletic directors to parents and athletes, show their support for this movement. So encourage girls and women to get involved and schedule a screening of TOUCH THE WALL today.

You can schedule a screening with your team here.

We were fortunate enough that our team packed the theater at Patriot Place in Foxboro, MA to see Touch the Wall. Thank you to everyone who put the film together! Very motivating and insightful. Not a dry eye in the place!