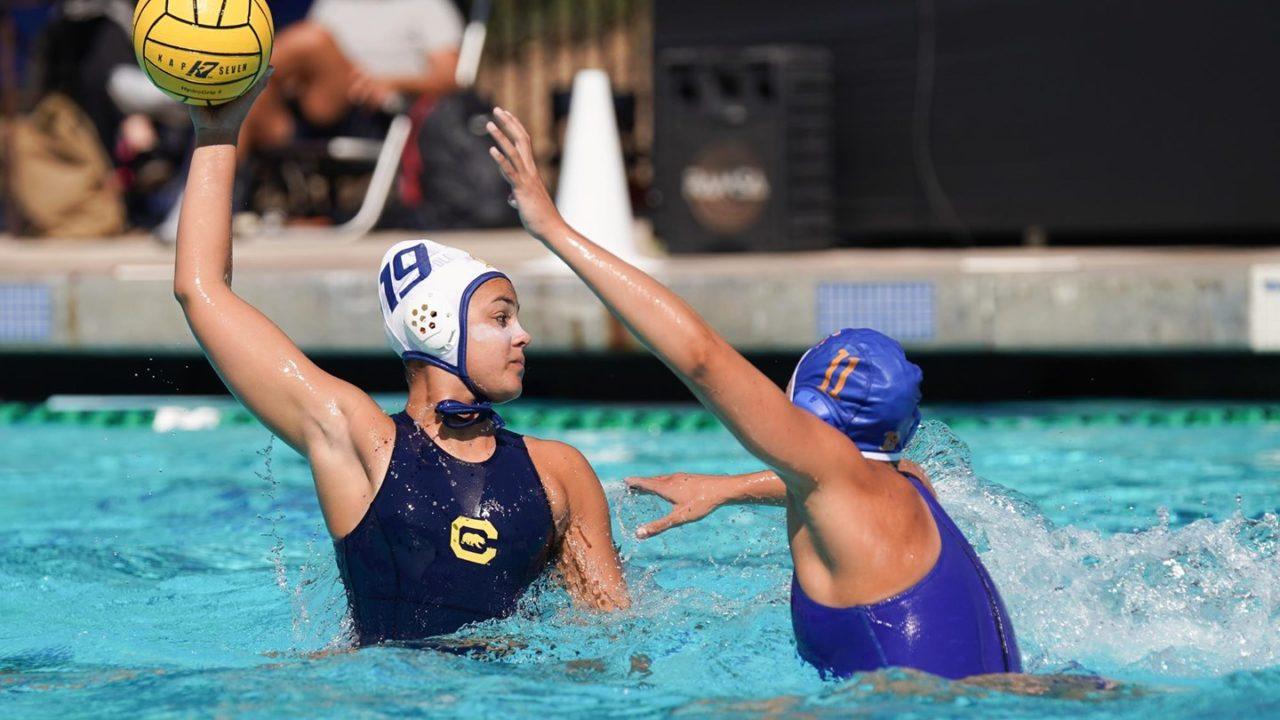 Elli Protopapas, Hannah DeRose and Kitty Lynn Joustra all scored goals in overtime and the No. 4 Cal women's water polo team knocked off No. 3 UCLA 7-6 on Sunday in the Third Place Game of the Barbara Kalbus Invitational. Current photo via Cal Athletics, Katharyn Hayne

IRVINE, Calif. – Elli Protopapas, Hannah DeRose and Kitty Lynn Joustra all scored goals in overtime and the No. 4 Cal women’s water polo team knocked off No. 3 UCLA 7-6 on Sunday in the Third Place Game of the Barbara Kalbus Invitational.

The Bears (10-2) scored the first four goals in a back-and-forth affair that saw the Bruins storm back to tie the game at 4-4 with 2:56 remaining in regulation. Cal held UCLA scoreless in the first half while the Bruins returned the favor in the second half.

The Bruins took their first lead on a goal with 41 seconds remaining in the first overtime. Protopapas answered immediately, scoring five seconds later to tie the game again. DeRose then scored as time expired in the first extra session to put Cal back in the lead.

Joustra scored with 2:09 to play in the second overtime to give the Bears a cushion they would need as the Bruins trimmed the deficit to 7-6 with 1:34 to go.

All-American goalie Madison Tagg had her second straight strong performance with 10 saves. She made 14 saves Saturday in a 9-8 loss to No. 1 USC.

After losing 16 games in a row to UCLA over a seven-year span, the Bears have now won three in a row against the Bruins.

Cal faces UCLA again next Sunday in its MPSF opener in Los Angeles.