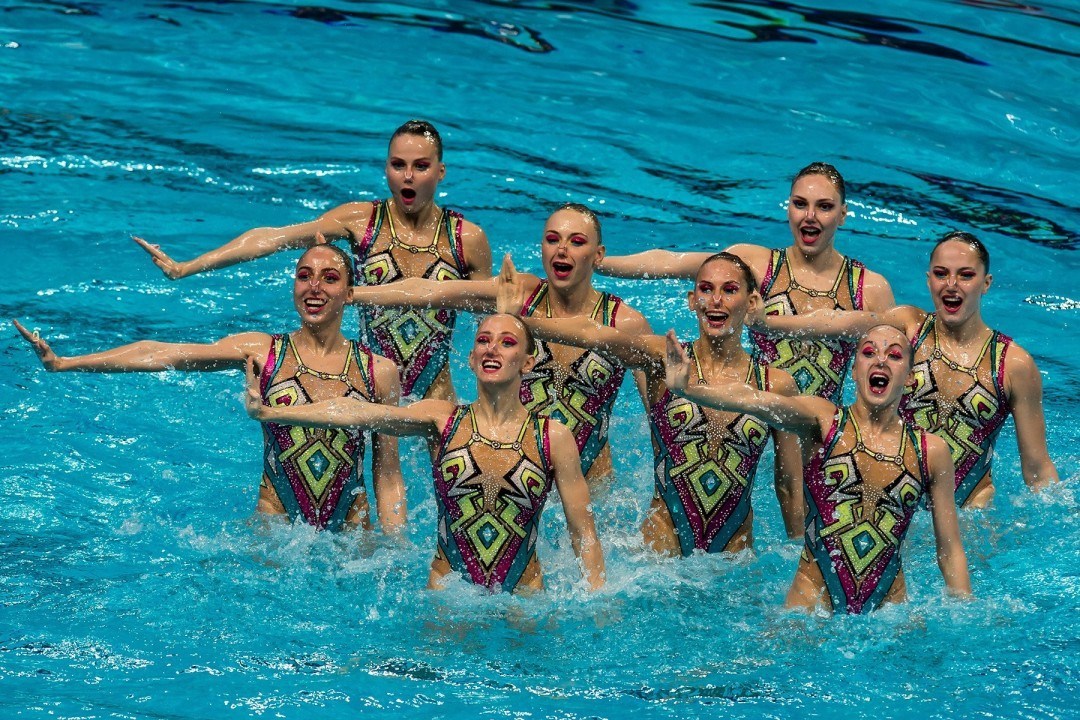 Ukraine, Japan, and Italy will join the five teams that have already qualified in Olympic synchro competition this summer. Current photo via Simone-Castrovillari

This weekend, Ukraine, Japan, and Italy scored the top spots at the FINA Synchronized Swimming Olympic Games Qualification Tournament at the Maria Lenk Aquatics Center in Rio de Janeiro. The three nations, which took gold (Ukraine: 186.7855), silver (Japan: 186.7330), and bronze (181.7487) in the tournament will now join the five already-qualified teams in Olympic competition this summer. An additional 24 duets also qualified for Rio.

You can see the full results from the tournament here.

A total of 30 countries competed in the tournament, which took place from March 2nd through the 6th.

The teams who will compete in the team competition this summer are:

The 24 duets who qualified this weekend for Olympic competition are:

All of the teams must confirm their participation by April 15th.

Below is the video coverage of the event, courtesy FINA.