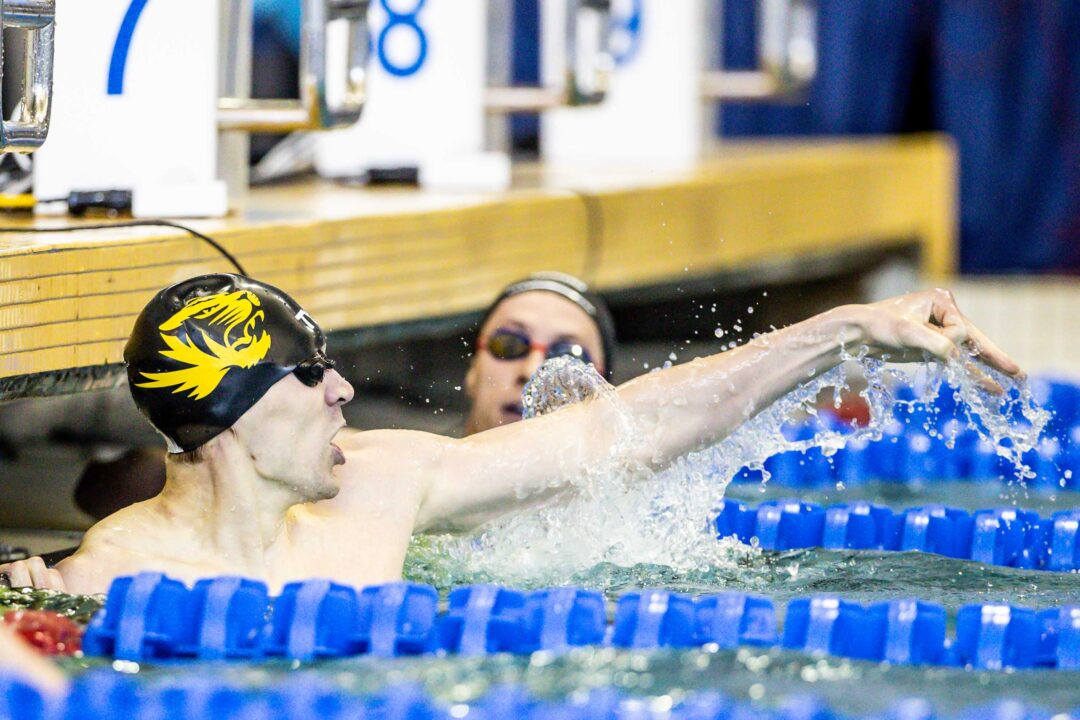 Dahlgren finished sixth in the 200 backstroke at the 2022 NCAA Championships. He scored a total of 17 points for Missouri at NCAAs. Archive photo via Jack Spitser/Spitser Photography

2022 NCAA A finalist in the men’s 200 backstroke Jack Dahlgren has announced via Instagram that he will be staying at Missouri to use his COVID-19 fifth year of eligibility.

Dahlgren spent his first four seasons at Missouri. He earned NCAA invites in each of those four seasons.

Dahlgren was Missouri’s highest scorer at NCAAs as he scored 17 individual points. His return is huge for the team this next year as Danny Kovac who scored the team’s other 10 points at NCAAs graduated. Missouri finished 25th at NCAAs scoring a total of 27 points.

Dahlgren has dropped in all of his primary events in his first four years at Missouri. Notably, Dahlgren has gone from swimming the 500 freestyle at SECs and NCAAs to now swimming the 100 backstroke.

According to Missouri’s website, Dahlgren is the only fifth year senior on both the men’s and women’s teams for this upcoming season.

Dahlgren competed his undergraduate studies this spring with a degree in engineering.