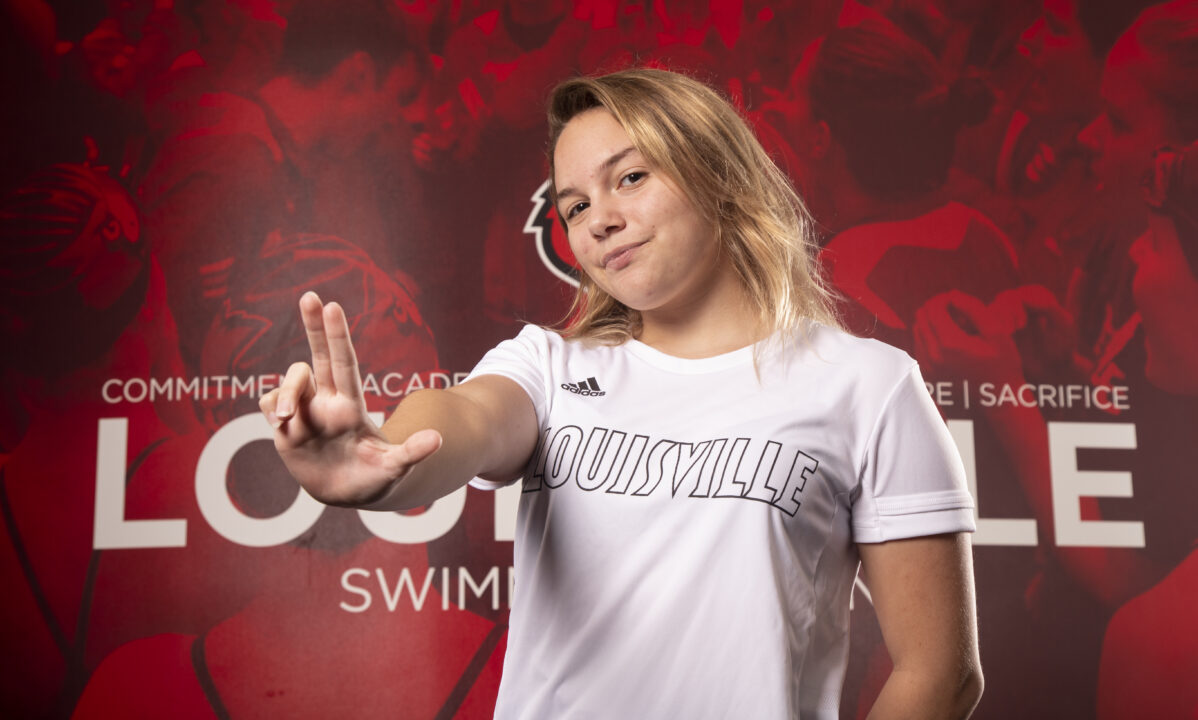 Samm Helmboldt, who trains in West Texas, has verbally committed as one of Louisville's best diving recruits in recent history.

Two-time Arizona State Champion diver Samm Helmboldt has verbally committed to the University of Louisville. Helmboldt is a rising junior and a member of the high school class of 2023.

Helmboldt will arrive in Louisville as one of the best diving commits in program history. In addition to her state medals, Helmboldt has eight Region 11 gold medals, and placed in the top four in all three disciplines at the 2022 USA Diving Zone F Championships.

At the 2021 USA Diving Junior National Championships, she finished 18th in the 16-18 age group in both springboard events.

The ACC, which has developed into one of the best swimming conferences in the country, has a few powerhouse diving programs in Miami, Duke, and UNC, but the top swimming programs like Louisville, Virginia, Virginia Tech, and NC State still have limited diving impact at the national level. That is in spite of the fact that teams are rewarded for having good divers at the ACC Championships: teams can bring up to 21 athletes, but a maximum of 18 of those athletes can be swimmers.

The Cardinals have three divers returning next season, all of whom are underclassmen and should still be there when Helmboldt arrives.

Helmboldt dives for the City of Midland program in west Texas. She plans to study criminal justice at Louisville.