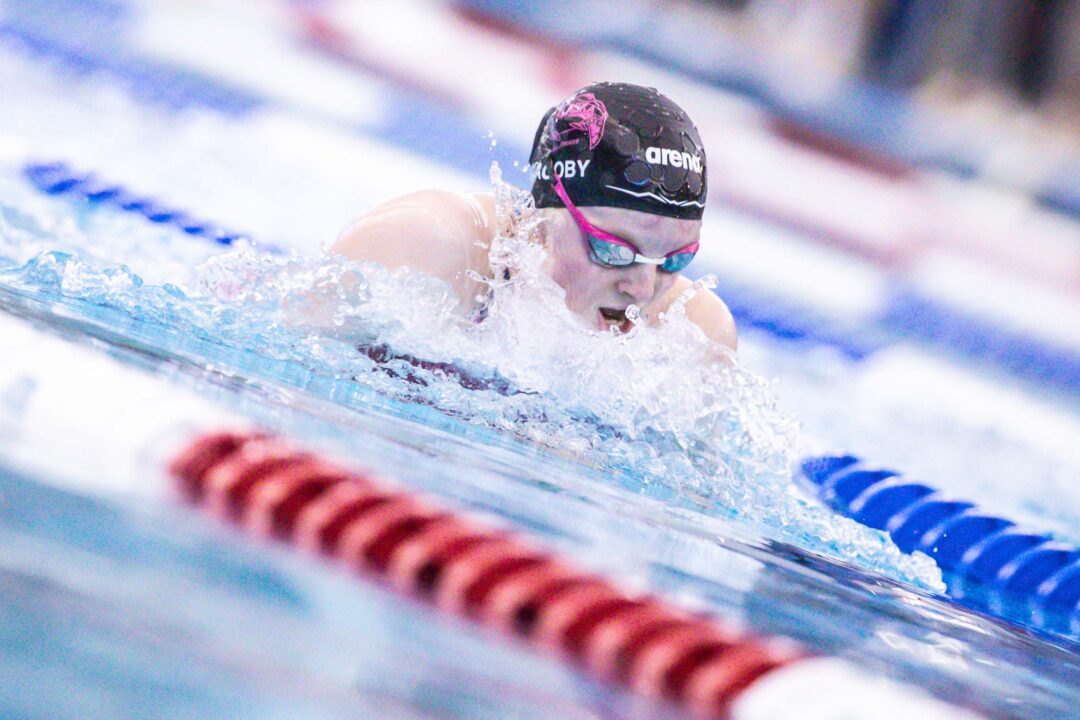 The second and final prelims session at Mare Nostrum in Monaco on Sunday is officially in the books. Catch up on all the action before the finals begin at 10:30 a.m. ET.

In the men’s 100 fly prelims early in the day, reigning Olympic bronze medalist Noe Ponti of Switzerland clocked a 51.69 to hold off South Africa’s Chad le Clos (52.30) and versatile American sprinter Michael Andrew (52.68). South Africa’s Matthew Sates equaled Andrew’s time in the heats while 24-year-old American Coleman Stewart qualified sixth in 52.79. The 18-year-old Sates solidified his status as a rising star in the sport last night when he won double gold in the men’s 400 free and 200 IM.

Hungary placed three swimmers in the top four of the women’s 200 fly prelims, led by Dalma Sebestyen in 2:11.39. Zsuzsanna Jakabos was the runner up in 2:13.55, and Reka Nyiradi finished fourth in 2:15.06 behind France’s Lilou Ressencourt (2:14.61). The 33-year-old Jakabos won gold in last night’s 400 IM finals, exactly two seconds ahead of Sebestyen.

South Africa’s Pieter Coetze took the top seed in the men’s 200 back heats as his 2:01.20 led a top four separated by a mere three-tenths of a second. Sam Stewart, the former Texas Longhorn from Hattiesburg, Mississippi, qualified third in 2:01.46 after his runner-up finish in last night’s 200 IM final. The men’s 200 back final features a trio of French swimmers in No. 2 Christophe Brun, No. 5 Yohann Ndoye-Brouard, and No. 8 Mathys Chouchaoui. Ndoye Brouard won gold in last night’s 100 back final in 53.62, .35 seconds ahead of the second-place Andrew.

Reigning Olympic silver medalist Arno Kamminga of the Netherlands had the top time in the men’s 100 breast prelims, the only swimmer under the minute-mark at 59.45. Andrew qualified second in 1:00.14 while Brazil’s Joao Gomes Junior wasn’t far behind with a 1:00.70.

The women’s 200 breast final figures to be a tight race after Tes Schouten of the Netherlands touched the wall in 2:28.44, barely in front of 18-year-old American Lydia Jacoby (2:28.46) and Sweden’s Sophie Hansson (2:28.50). Jacoby edged Hansson in the 100 breast final last night to earn gold.

No one went under the 55-second mark, but four swimmers – three of them Dutch – posted sub-56 times in the women’s 100 free heats. Tessa Giele of the Netherlands, the winner of last night’s 100 fly in 59.12, continued her sprinting success with a top-seeded time of 55.11. Kim Busch of the Netherlands (55.43), Barbora Janickova of Czechoslovakia (55.70), and Valerie van Roon of the Netherlands (55.80) rounded out the top four finishers.